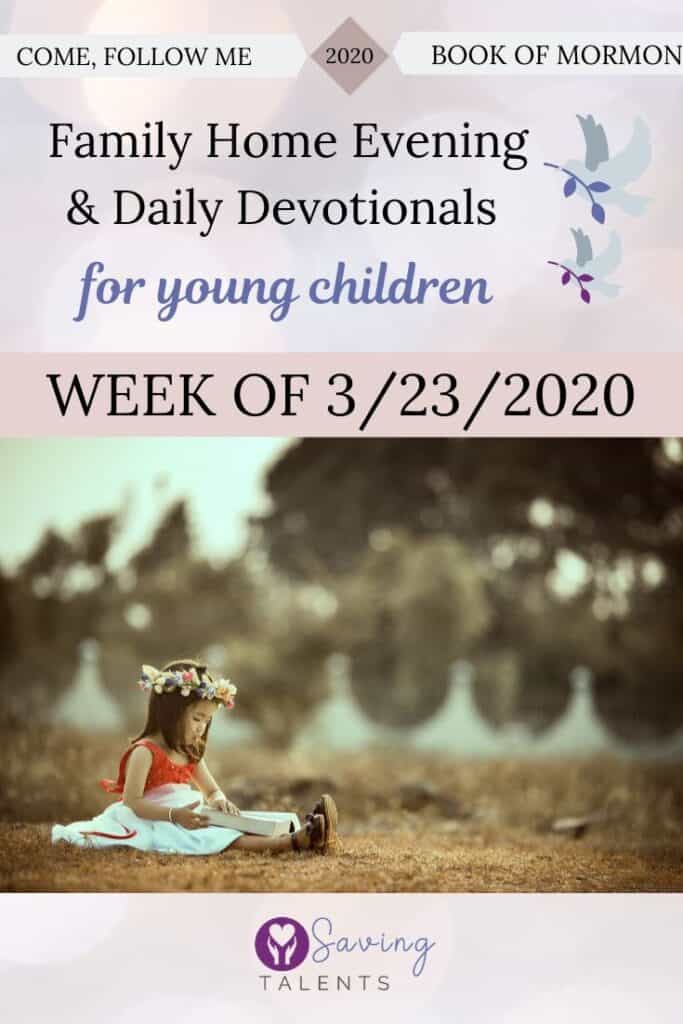 Daily devotionals, Family Home Evening (FHE), and Sunday ideas for kids and young children that go with Come, Follow Me for 3/23/2020.

Start/make a journal. Write down one spiritual thing you remember from last week.

Work on memorizing this scripture during the week of Come Follow Me 3/23:  Enos 1:2

And I will tell you of the wrestle which I had before God, before I received a remission of my sins.

Remember that these are guidelines for you to use!  Don’t feel as though you have to use every single question, journal entry, or activity.  And make sure you look at the activity in advance so you can gather any materials they may require.

“Count on Dad!” solving the code

How can I obey my parents this week?

Who can I pray for this week?

“Nephi was blessed for choosing the right.”  coloring page

How can I be more obedient this week?

Who is in my path this week that I can help?

Make your own copies of the Book of Mormon divided up by the different types of plates.

What would we not know if Heavenly Father hadn’t told Mormon to include the small plates?

Use Sundays for a time of reflection; share what you discussed that day in each of your classes.  Did you learn anything new or hear a different perspective about what you studied this week?

If you went to a class that did not use the Come, Follow Me Manual, then share what stood out to you the most in your class.

Take a few minutes to talk about what parts of Sacrament Meeting you felt like were meant for you.

Here are some activities that go along with this week’s topic in Come Follow Me 3/23:

The Come, Follow Me – For Primary manual contains a section in each week’s lesson entitled “Encourage Learning at Home.”  Here is this week’s invitation for Come Follow Me 3/23:

Encourage the children to ask their family members to share experiences they’ve had with prayer or the Holy Ghost.