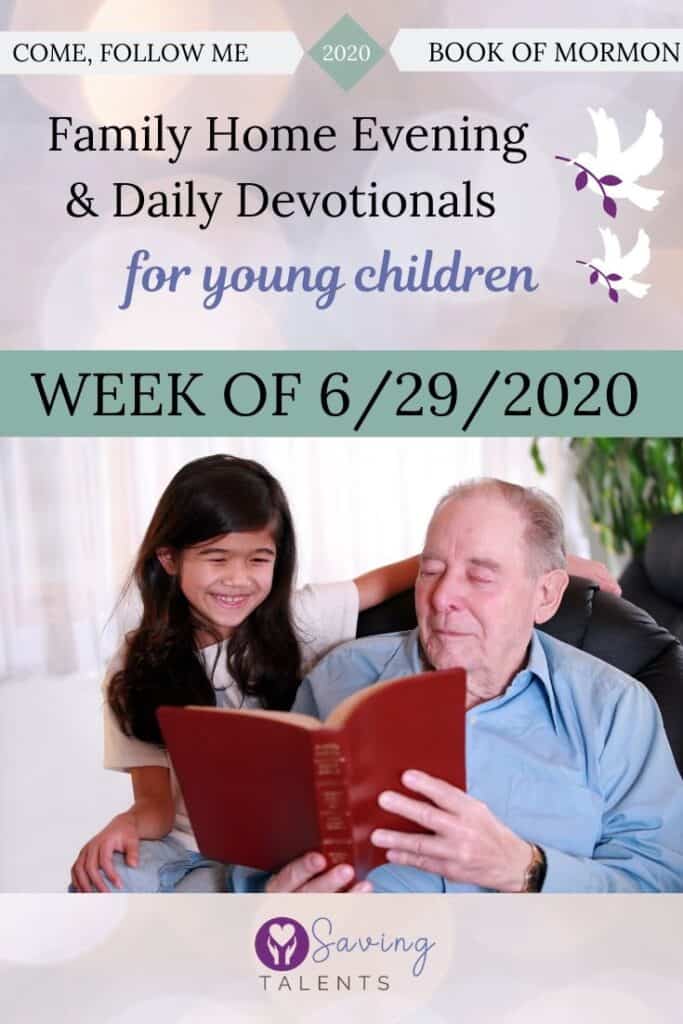 Short daily devotionals, Family Home Evening (FHE) and Sunday ideas to go along with Come, Follow Me for the week of 6/29/2020.

Work on memorizing this scripture during the week:  Alma 23:7

For they became a righteous people; they did lay down the weapons of their rebellion, that they did not fight against God any more, neither against any of their brethren.

Remember that these are guidelines for you to use!  Don’t feel as though you have to use every single question, journal entry, or activity.  Make sure you look at the activity in advance so you can gather any materials they may require.

Here is a general outline for each devotional:

Do this names activity at the end of the lesson

What can I change this week?

What can I “bury” this week?

Make this pencil and eraser craft.  The quote referred to can be printed out here or here.  It says:

How do I feel when I repent?  How can I know I am forgiven?

Who can I try to forgive this week?

The Come, Follow Me – For Primary manual contains a section in each week’s lesson entitled “Encourage Learning at Home.”  Here is this week’s invitation for Come Follow Me 6/29:

Invite the children to keep their promises as the Anti-Nephi-Lehies did.

Use Sundays for a time of reflection; share what you discussed that day in each of your classes.  Did you learn anything new or hear a different perspective about what you studied this week?

If you went to a class that did not use the Come, Follow Me Manual, then share what stood out to you the most in your class.

Take a few minutes to talk about what parts of Sacrament Meeting you felt like were meant for you.