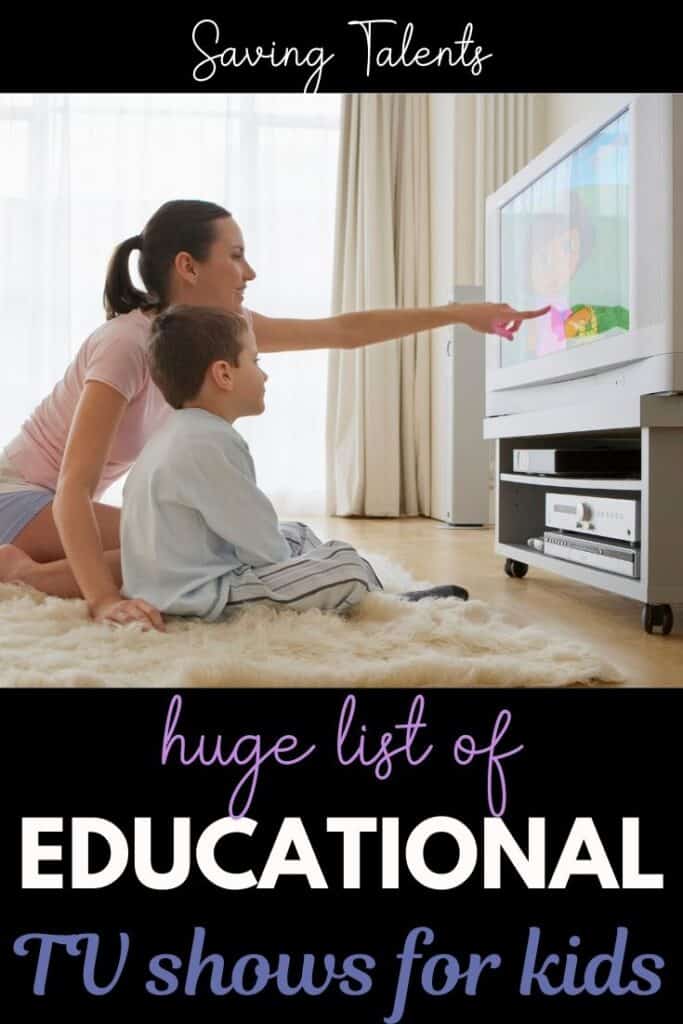 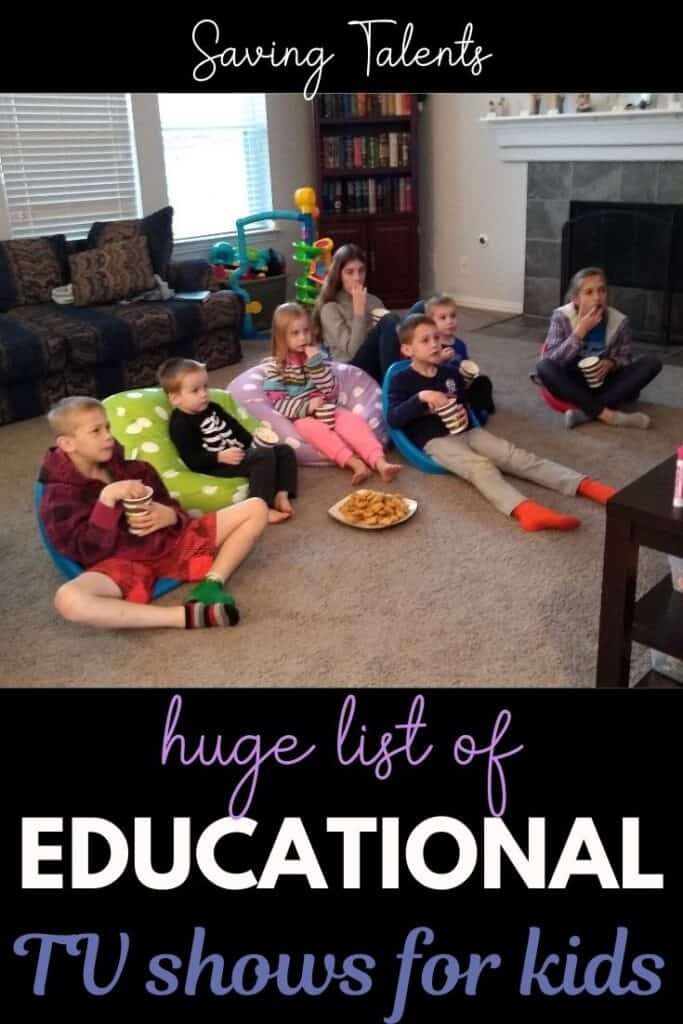 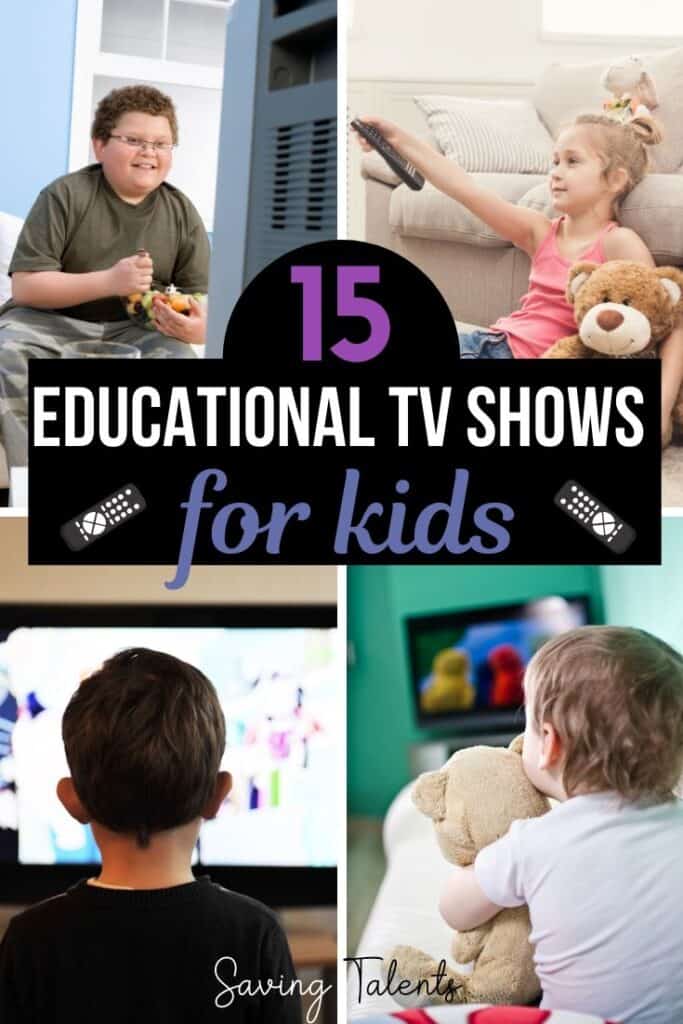 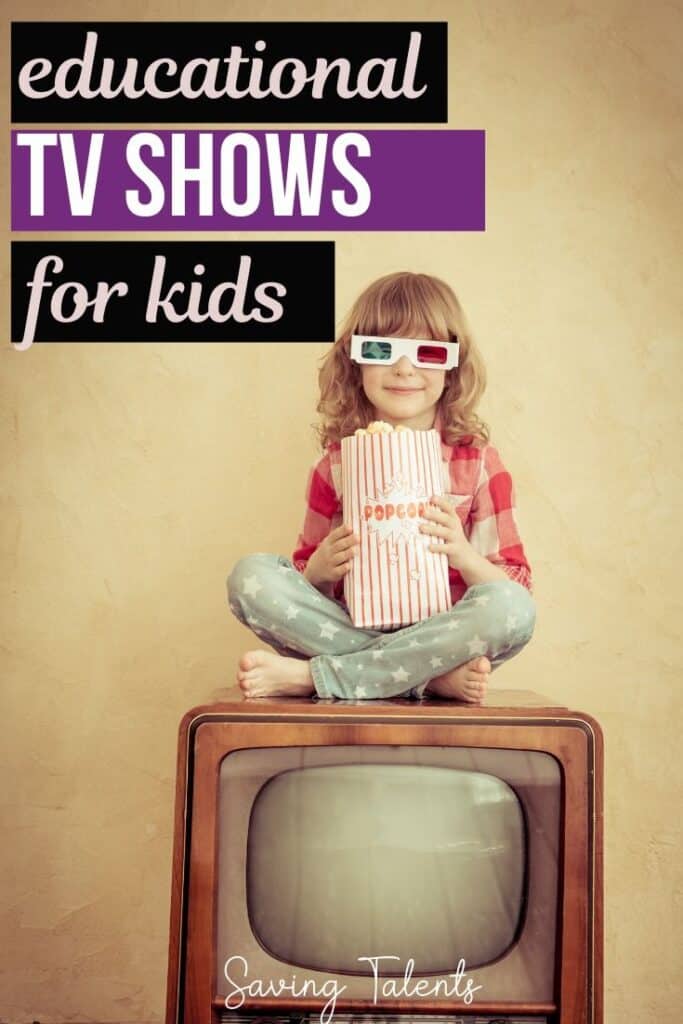 Here is a list of 15 educational television shows for kids. If you want your children to watch TV that will make them smarter, then check out this list!

Do you ever have a sick day?  Or at least, you need to take a mental health day?

We run into that quite frequently in our household.  I have Crohn’s disease, fibromyalgia, arthritis, and a host of other health issues – some days are just difficult days!

In our home, we do screen-free activities first but I don’t always have the energy for that.  We all hate the idea of sticking our kids in front of the TV, but sometimes it’s just necessary.  For some of us, it’s more necessary than others.

I have to admit, though. that I’m a bit of snob when it comes to television shows.  I think it has to do with how I was raised.  At my home (I’m the oldest of 10 kids), we were never allowed to watch TV or movies on a school night.  Period.  On Saturdays, we could watch 30 minutes of TV after we had finished all of our chores and we didn’t fight over which show to watch.  On Sundays we were allowed to watch Disney or scripture-based movies.

(And forget about video or computer games!  I think I played Mario Brothers at a friend’s house when I was 9 once……)

Anyway, due to my screen-free childhood, the idea of my kids watching non-educational shows for hours when I can’t get out of bed just makes me cringe.  (They’re only 5 and 2, so entertaining themselves only lasts for so long.) 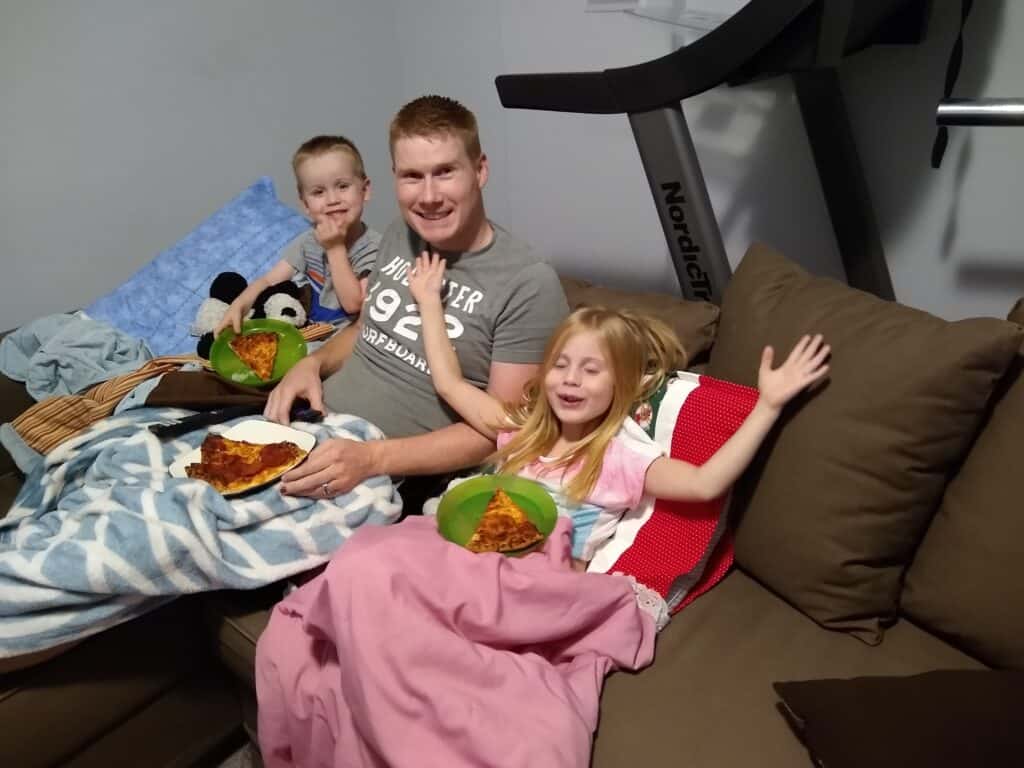 To that end, I’ve come up with a list of my favorite educational TV shows that I’ll let me kids watch.  And no, these do not include Arthur or even Sesame Street.  Like I said, they need to actually be educational.

And for the record, PJ Masks doesn’t count, either.  (Snob, remember?)

And now, without further adieu, here’s my list of top educational shows (in no particular order).

Cyberchase is about a trio of friends who get put into the computer world by Mother Board, who is being attacked by Hacker.  They stop him from causing trouble with more upper-level math: multiplication, division, tables, and graphs.

Word World is an animated show where the animal characters and their surroundings are made of letters that spell their words.

If you haven’t heard of Magic School Bus then you’ve been living under a rock.  Or a bus.  It’s about a crazy teacher named Ms. Frizzle who takes her school class on epic field trips to learn about science, nature, the human body, weather, and more in a – you got it – magic school bus.

You should be familiar with Mr. Roger’s Neighborhood and the Land of Make Believe with King Friday, Lady Elaine, and other characters.  This show is about the children in the Land of Make Believe.  The cartoon characters are around four years old and go to preschool together.  They learn a lot about social skills and ways to deal with emotions from short songs (a line or two) that repeat throughout the show.  Even though my children are older, we still refer to these frequently as we run into problems in the real world.

Little Pim is a panda who teaches children foreign languages.  There are over a dozen to choose from!

Schoolhouse Rock is a collection of videos that teach children about government, social studies, science, math, and more!  The premise behind the songs is that “Knowledge is Power!” 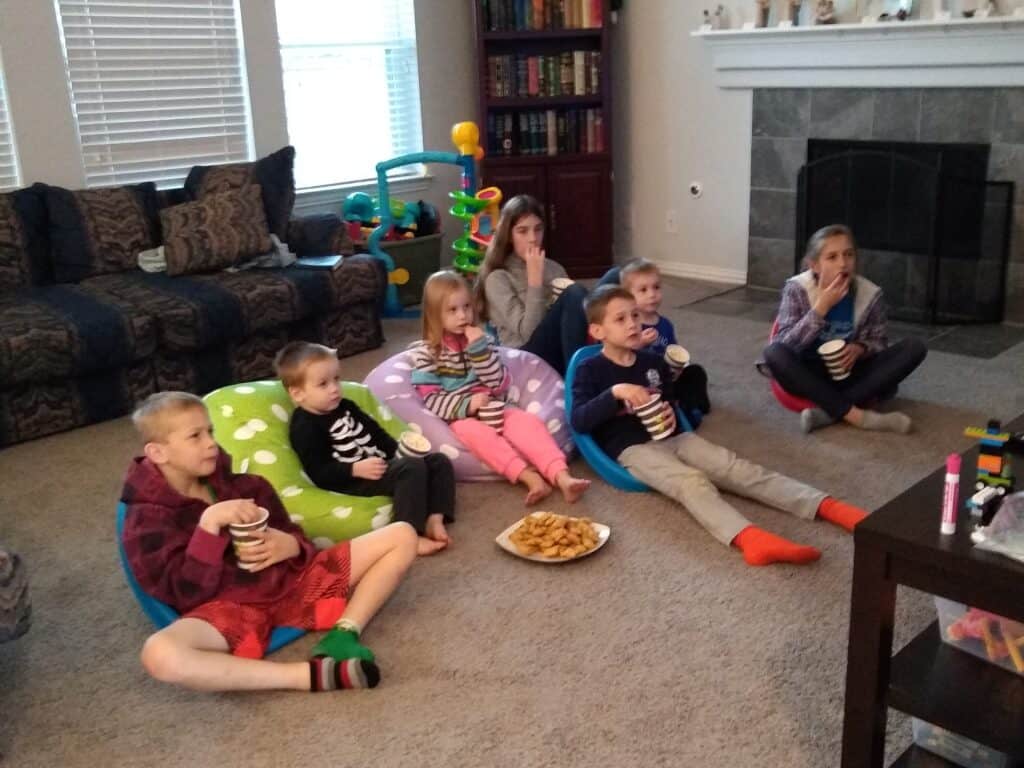 Liberty’s Kids is a show of an American young man and a British young woman who live in the colonies during the late 1700s.  Through their eyes, you see the creation of the Declaration of Independence and the Revolutionary War.

Don’t let the name fool you – this program offers much more than Bible stores!  There are dozens of videos on great figures from history, like Harriet Tubman, George Washington, da Vinci, Columbus, and more.

Taking place in Fairy Tale Village, there are a group children who are Super Readers.  These are the kids of classic story tale figures, like The Princess and the Pea.  They run into problems in their lives, and the look in a book to solve the issue.  Along the way, they learn letters, spelling, reading, and more.

A mother pterodactyl has three eggs that hatch.  A fourth egg in her nest turns out to be a Tyrannosaurus Rex, and she decides to raise him with her children.  They travel on the Dinosaur Train to other eras and locations to meet all of the different kinds of dinosaurs.  They learn the scientific names of dinosaurs, along with their characteristics and features.

This show is about the Kratt brothers, who are real-world animal experts.  They travel around the world to learn about animals.  Children learn a lot about different kinds of animals and their habitats.

Based off of Kratt’s Creatures, this is an animated show about the Kratt Brothers.  For part of the show, they are cartoon characters who can use “creature power” to go into animals’ lairs, etc.  The other part of the show has live animals with the real Kratt brothers themselves.  Children learn a lot about different kinds of animals and their habitats.

Curiosity Stream is a collection of BBC and other videos on science, history, social studies, and more.  Some shows are animated, while others are documentaries.

Saving this for later?  Want to share it with others?  Or did you just find it helpful?  Please pin it!

back to schoolevergreensummer
4 comments
0
FacebookTwitterPinterestEmail

45 Ways To Entertain Your Children Without Spending A Dime

One Hidden Reason Your Baby Won’t Latch On

10 Simple Fall Crafts That Kids Can Do

Why You’re Scheduling Your Day Wrong (and How...

How To Find Time To Blog and Homeschool

Do you have favorite app games? We will be traveling soon and I would love to download educational games rather than just generic entertaining games? Thanks for this list.

Great question! We really like the Pink Fong apps a lot, as well as the PBS Games app.

Love this list! We love Daniel Tiger, Dinosaur Train and Umi Zumi. My 2 yo can identify crescent shape and different dinosaurs now. Impressive what they pick up while watching. The others are new to us, but we’ll have to give them a try!