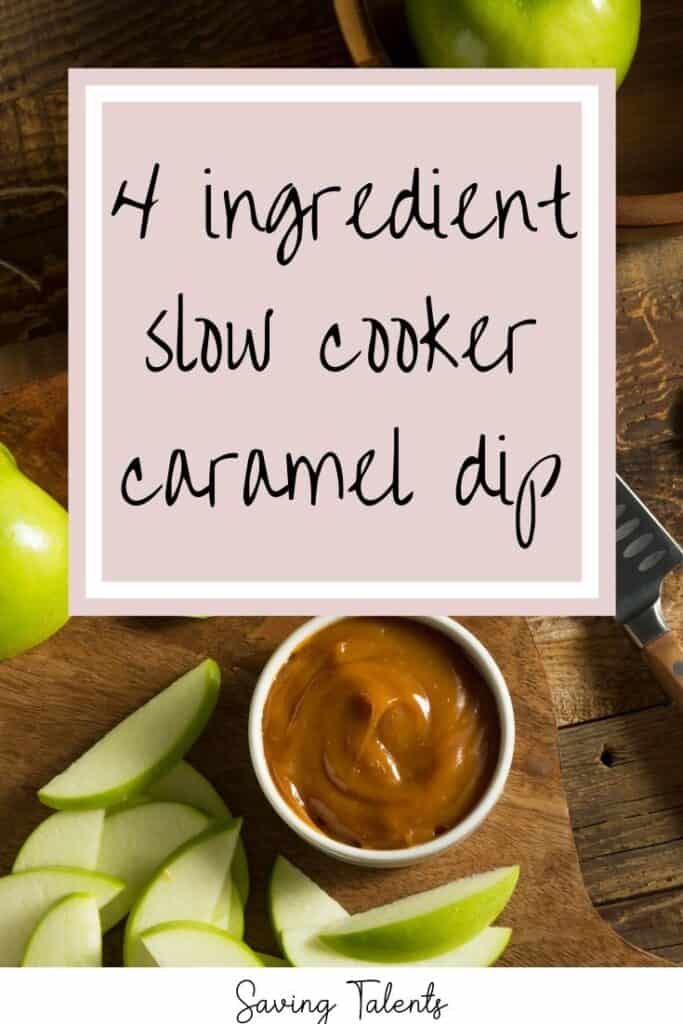 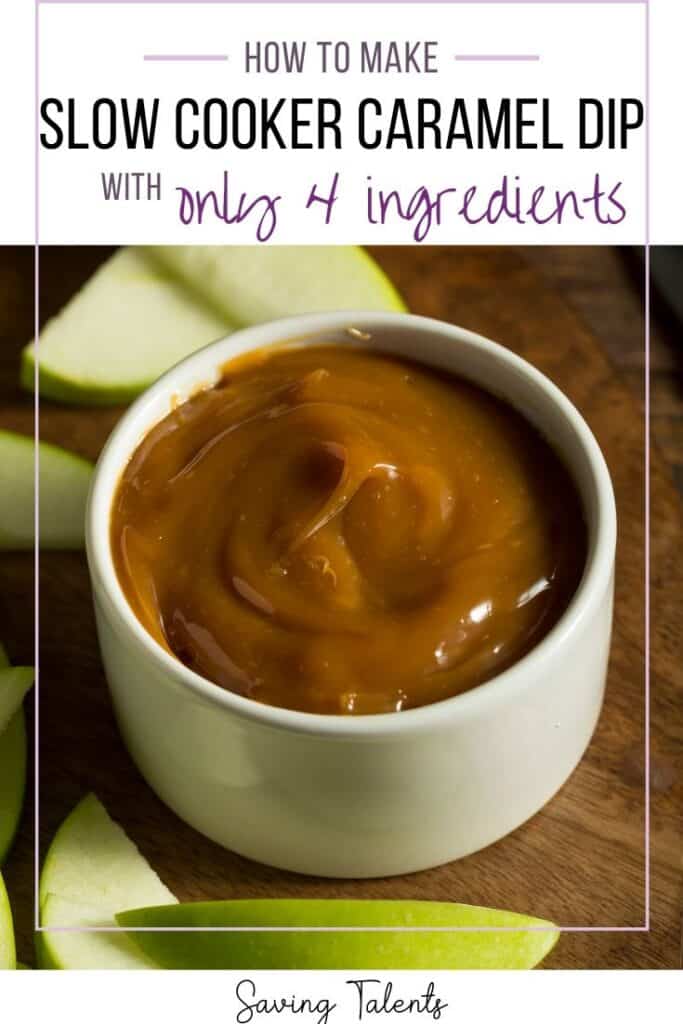 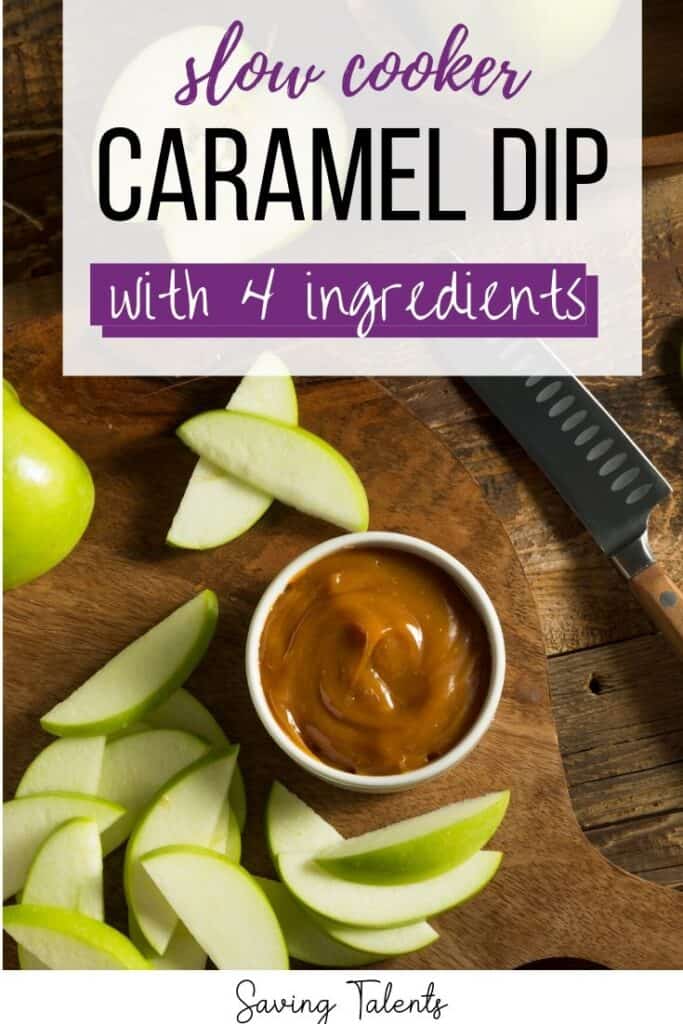 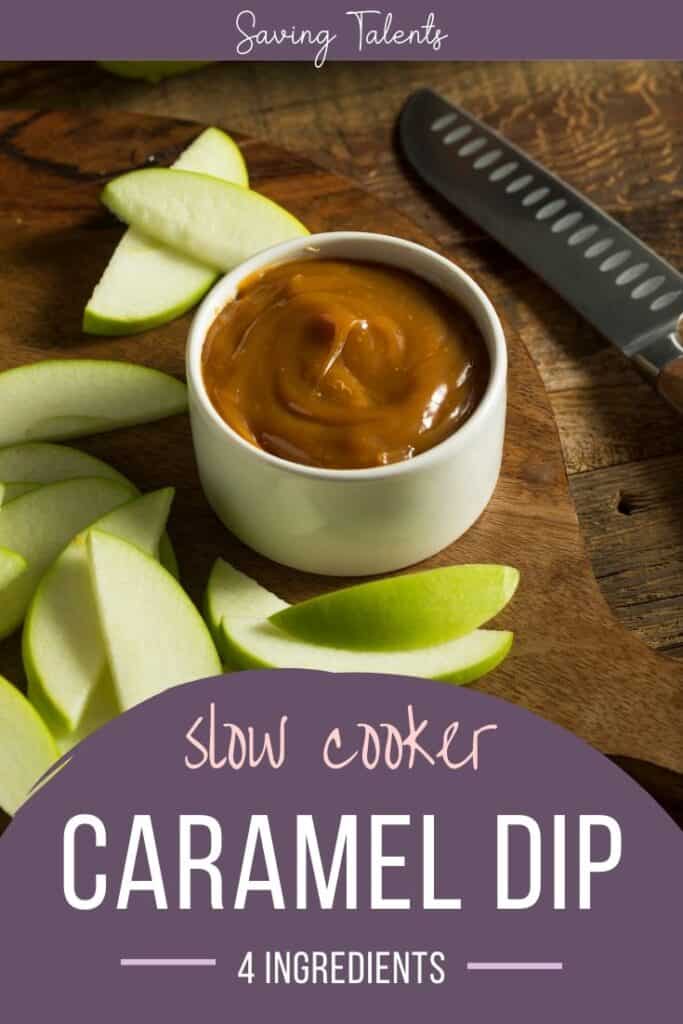 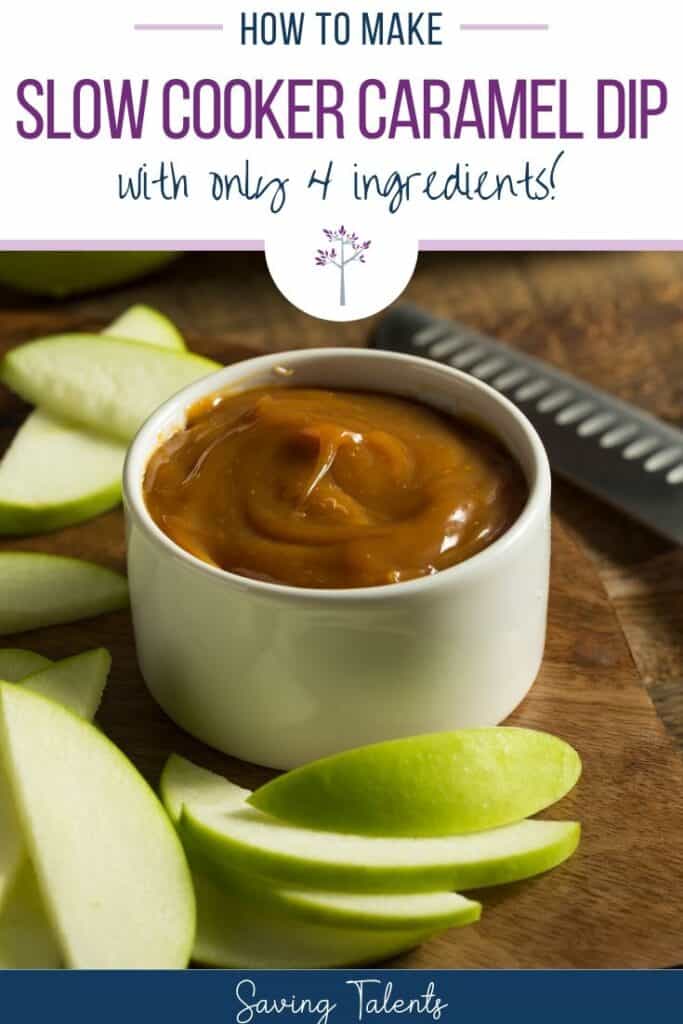 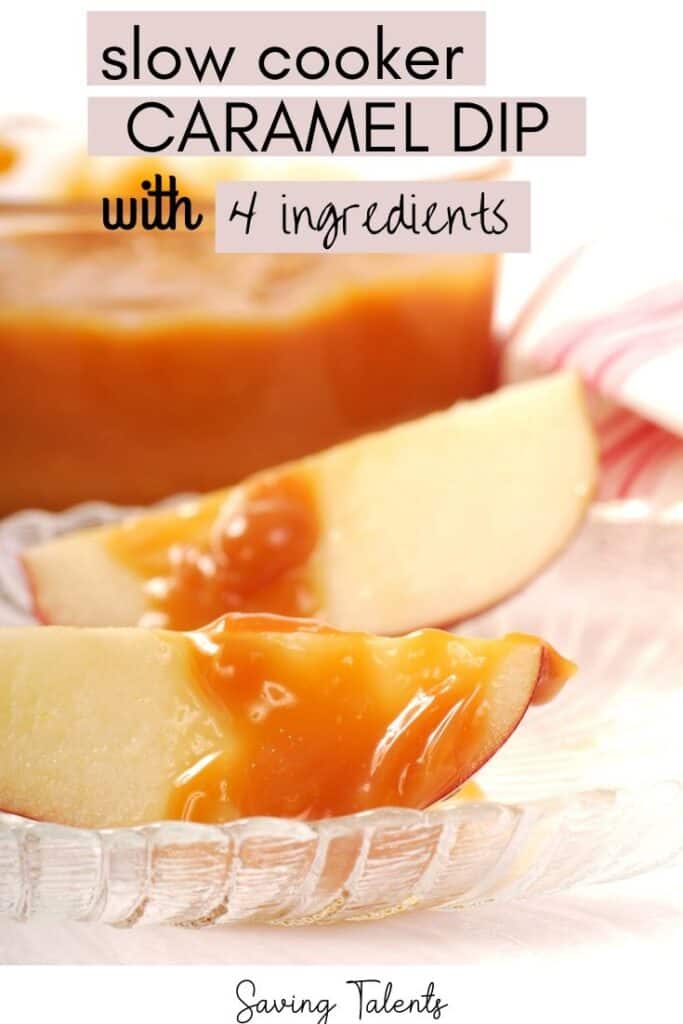 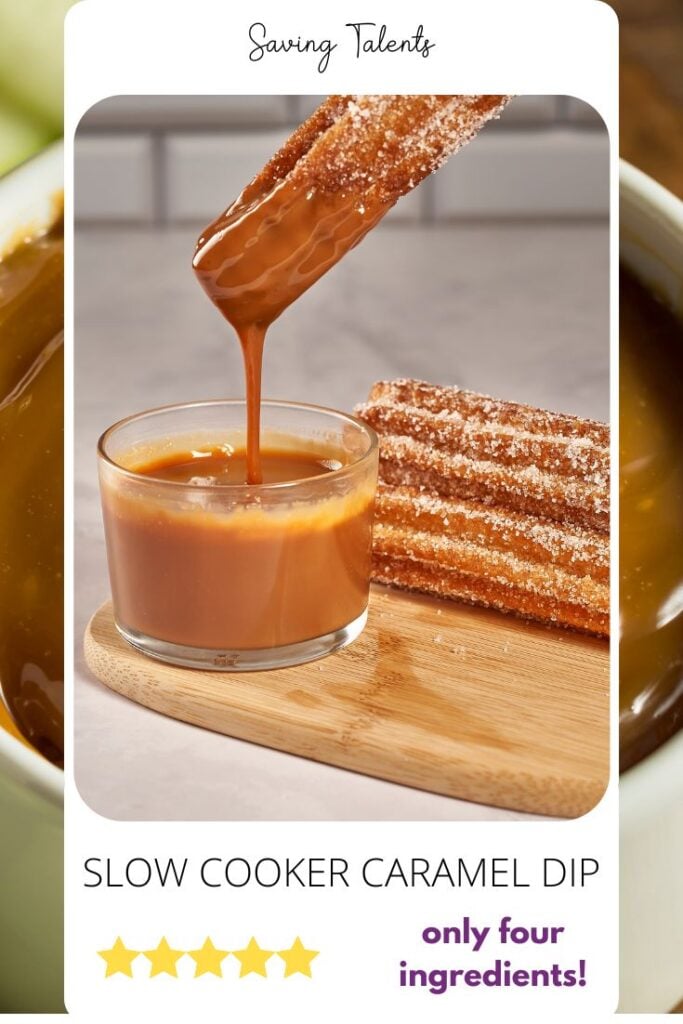 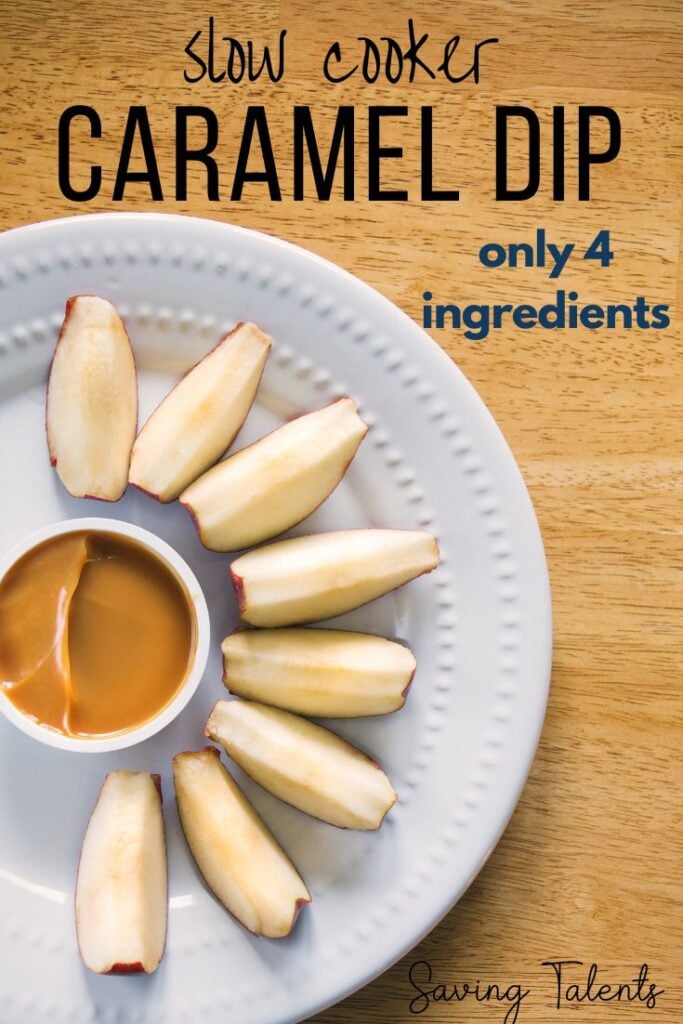 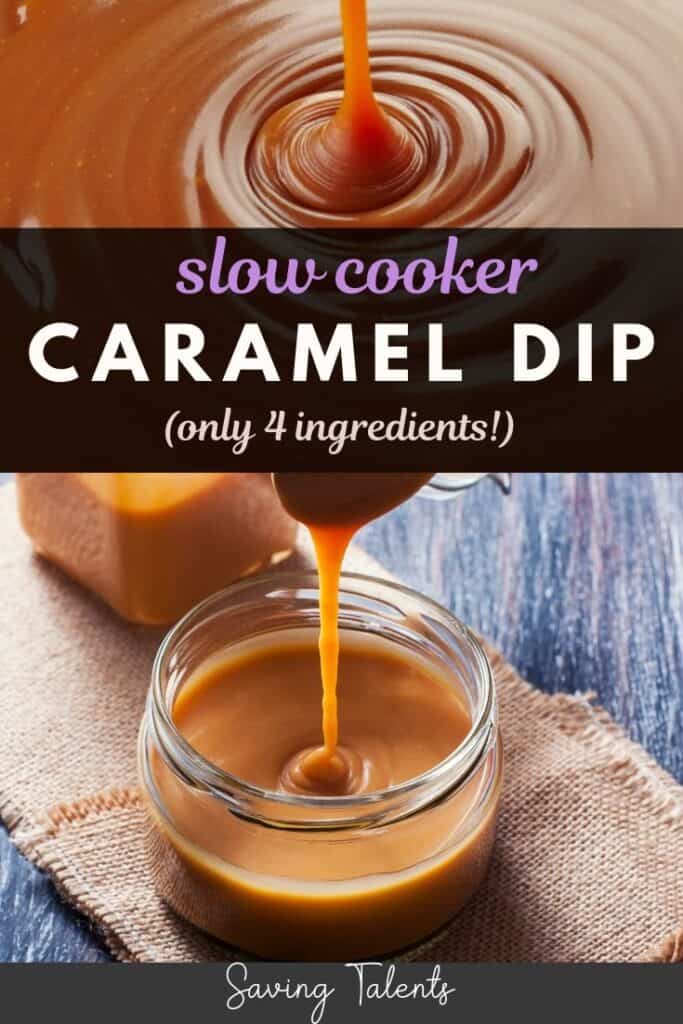 Drizzle it over sliced apples, popcorn, and other fall finger foods, or use it to make candied apples!  It’s easy to keep warm in the crockpot.  This will a hit at your autumn and winter gatherings, and your guests will be begging for the recipe!

A couple of months ago at a homeschool association board meeting, I volunteered to bring two crockpots full of caramel to serve at the Halloween trunk-or-treat.

I’m really not sure what I was thinking.  Y’all know that cooking is not my thing, even if we do have awesome recipes on this blog.

These are some of my favorites:

Most slow cooker caramel dip recipes are either made by constant stirring over a hot stove or by sticking an unopened can of sweetened condensed milk into the crockpot.

I honestly didn’t have time for either of those things.  Thankfully, that’s why Pinterest was invented.

I found this Crock Pot Caramel Dip recipe and thought I’d give it a try – and I’m glad I did!

The recipe says that it makes just 1 quart (about 1 liter) of dip.  I decided to 4x the recipe to fit in my 6 quart Instant Pot and Crockpot….and ended up almost overflowing!

I took this picture after I scooped out several cups in order to trasnport them.  I think it’s safe to say that the recipe actually makes 1.5 quarts!

I also ended up with an entire crockpot full leftover – and that was after the Halloween party that had over 200 attendees AND our church’s trunk-or-treat later that night.

To that end, I recommend doubling or tripling the recipe for just one event.

I also found that my caramel cooked much more smoothly and evenly in the Instant Pot on the slow cooker setting instead of my Crockpot.  The Crockpot kind of clumped a bit.

Melt the butter on the high setting of your slow cooker.  (I was in a rush, so I actually just melted it in the microwave and dumped it in.)

Add the brown sugar and mix well, stirring out all of the clumps.

Add the sweetened condensed milk and the corn syrup, and mix well.

The recipe for this slow cooker caramel dip says to leave on high and allow to cook for two hours while stirring occasionally.  Since I made so much, I could have used a lot more than two hours.  I left it for about 3 hours and it still felt a little gritty from the brown sugar not having melted all the way.  The larger the recipe, the more time you’ll need.

Like I said earlier, the original recipe says that it makes 1 quart, but when I 4x the recipe, it made 6 quarts.  So I think each one makes about 1.5 quarts.

The longer you cook it, the thicker it will be.  We used this as a dip to the side with sliced apples, and it worked great.  I stored the leftovers in the fridge, and later warmed them up to put over popcorn.

It was a hit!!  I took it to two different activities on the same day, and I had lots of people asking for the recipe at both events.