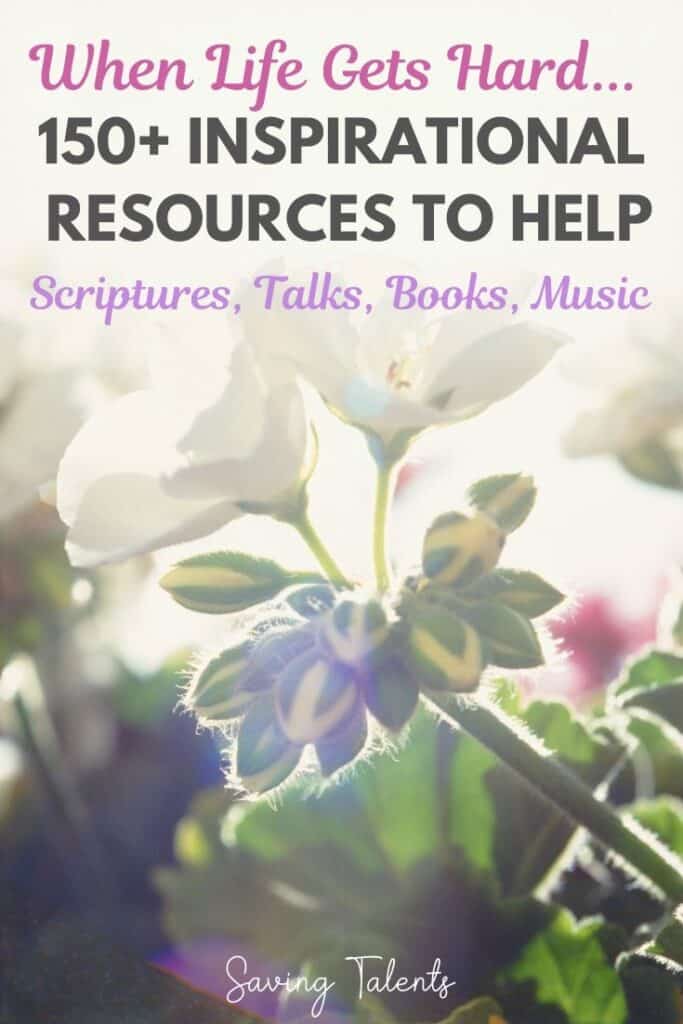 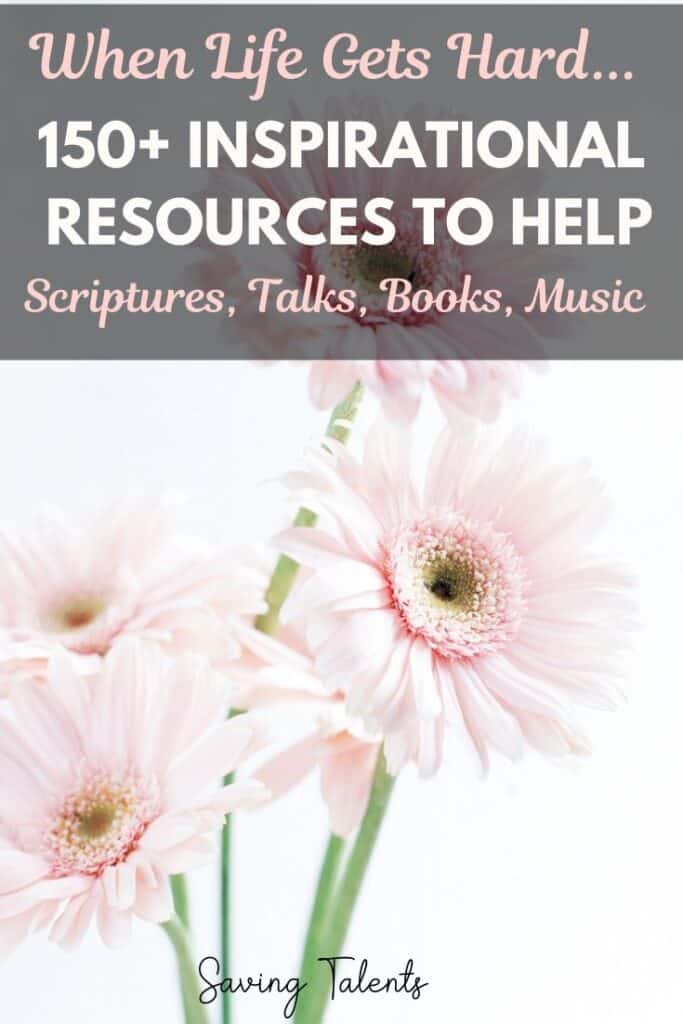 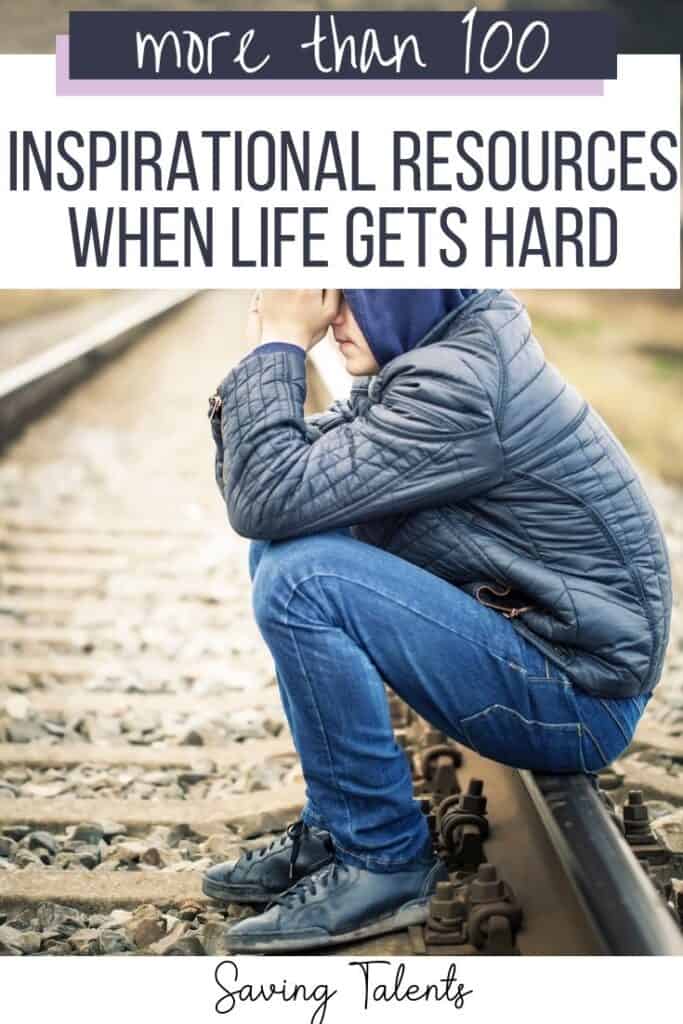 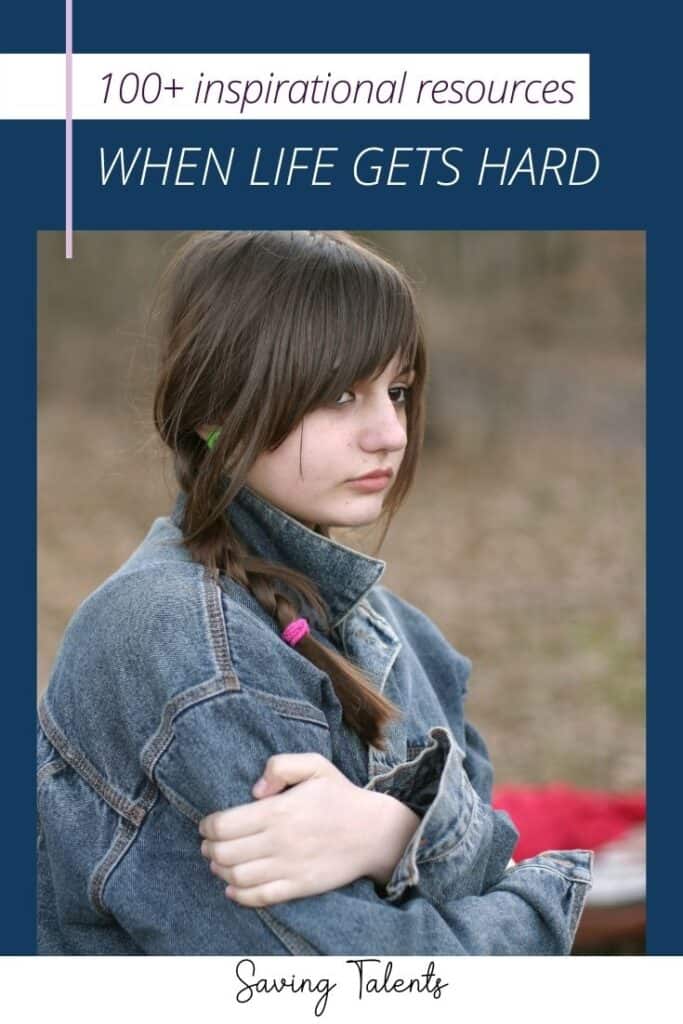 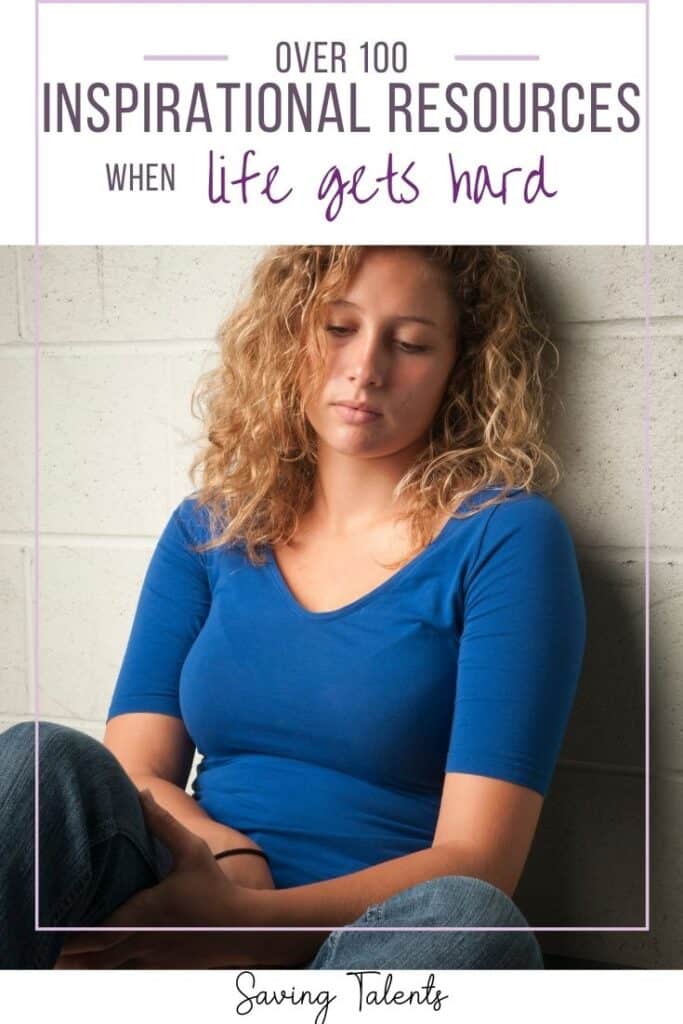 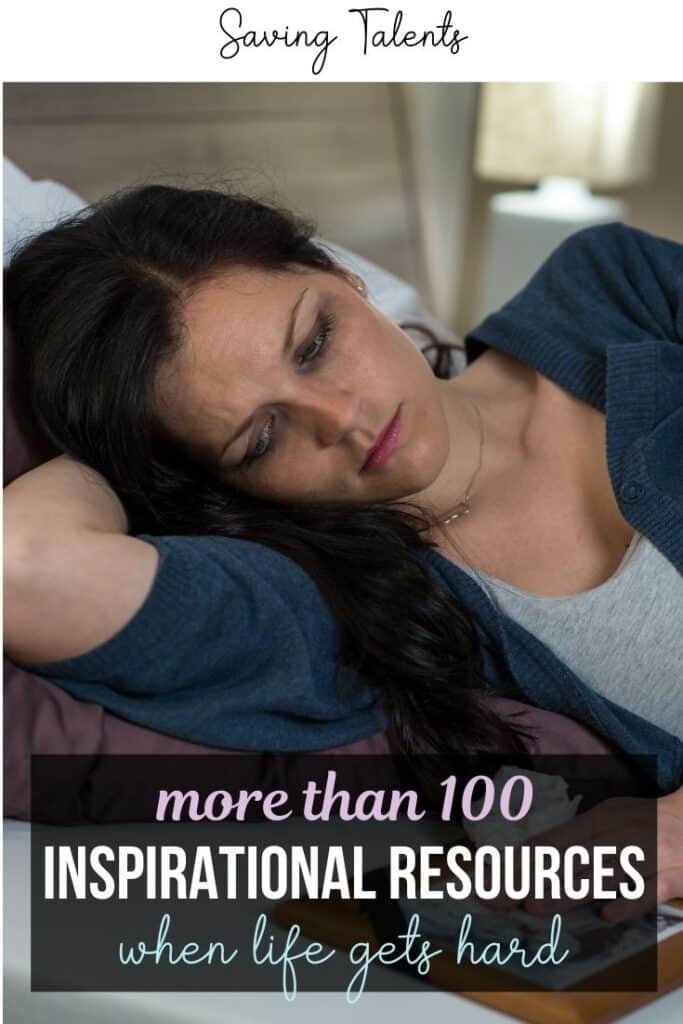 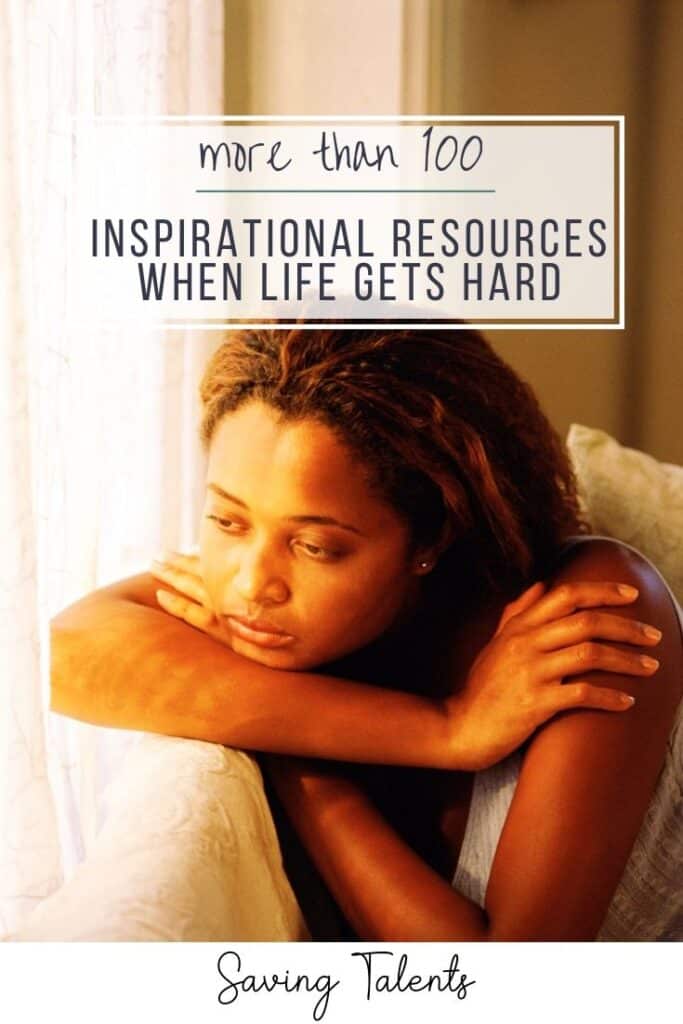 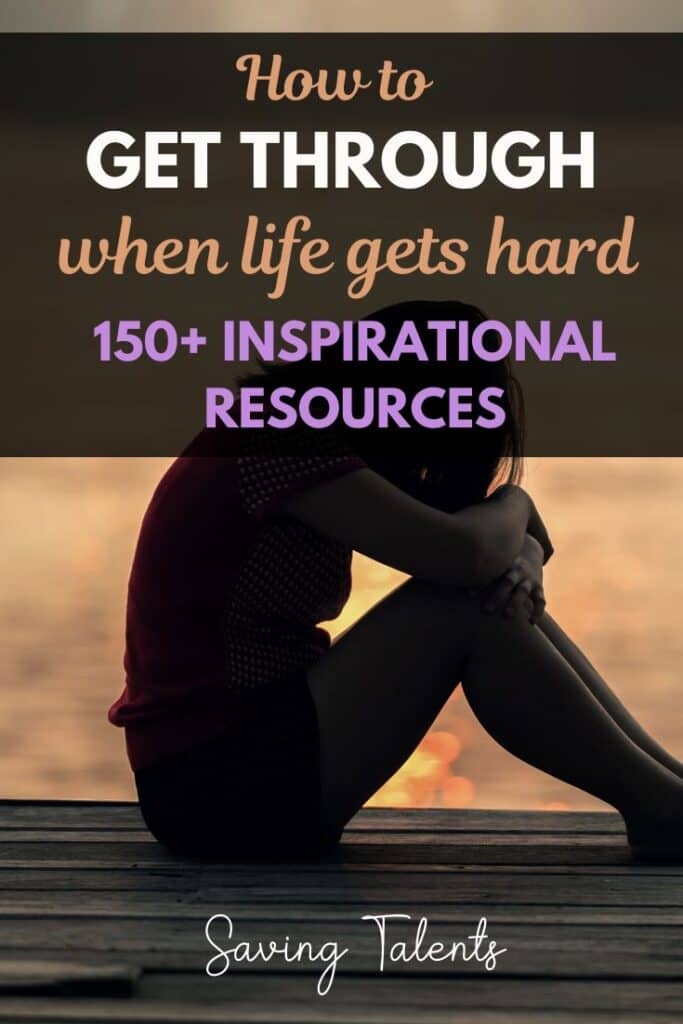 I’ve often heard the phrase “I didn’t say it would be easy; I only said it would be worth it,” as if coming from our Heavenly Father or the Savior.

t’s true – no one said that this life would be easy.  It’s hard.

In fact, it’s the most difficult thing that any of us have ever done.  We’ve left our heavenly Home, where we were continually in the loving presence of our Heavenly, to come to earth to gain a body and be tested, where are in the presence of the adversary who wants to destroy us.

It’s inevitable that we will go through hard times.  There really is no way around it.  If you feel like life is easy, then you’re probably doing something wrong!

One thing that I’ve learned over the last 9 years of severe Crohn’s and almost 40 hospitalizations is that if you’re feeling sad or depressed or hurt or scared or angry for whatever reason, the ONLY way that you can get through it and be genuinely happy is by turning to Heavenly Father for comfort, love, and guidance.

This isn’t always easy, but each time I’ve done that, I’ve been able to find inspirational resources during my trials that give me hope and inspiration to keep fighting one more day.

I want to share those with you in this post.  These are links to conference talks, scriptures, articles, and music that have been my saving grace as I’ve pushed through this life.  My hope and prayer is that they can help you as well, for whatever reason.

You can also find many of these songs and talks on our YouTube channel in the “Songs & Talks for Hard Times” playlist.

General Conference talks and other articles make for wonderful resources during trials.

I like to print these out so I can write notes on them.  If there is a video or audio recording, I like to listen while I follow along with the printout.

The Spirit touches me much more deeply when I can hear the strength of the speaker’s voice.

I also try to pay close attention to the footnotes and use them a reference to find similar articles to help strengthen me.

I have all of these songs on my iTunes, and use them in a playlist called “Bad Day.” It’s not angry music, but rather calming music that seems to speak how I’m feeling.

Music is a wonderful inspirational resource during trials. I put it on whenever I feel overwhelmed or alone.  Not all of them are LDS, but I love the messages.

I couldn’t find a link to listen to any of these songs for free, but they are beautiful:

I feel like hymns from the LDS Hymnbook deserve a special section as their own inspirational resource during trials.

You can find the lyrics and music to all of the hymns here  I love to read all the lyrics of every single of verse while listening to the music (either with or without words).  They take on a whole new meaning for me when I do.  .

These scriptures are not just Book of Mormon verses, but also Bible verses that have been an amazing support and strength for me.

I love reading.  One of my favorite things to do is to curl up with a good book.

In fact, as a child, the worst punishment I would receive from my parents for disobedience was to be grounded from reading and go play outside or with friends!

As I have made this journey, I have come across books written by incredible people that have given me strength.  Some of these are autobiographies, while others are inspirational.

Here are some of my favorite books that I have read time and again as inspirational resources during my trials.

I know prayer isn’t something that I can put a link to, but it is just as vital as scripture study in turning to the Lord for comfort. Prayer is the perfect inspirationaal resource during a trial.

It’s okay to feel angry or upset.  It’s natural to wonder if Heavenly Father is really there or if He’s even listening to you.

The Savior in the Garden asked if He could have the cup be taken from Him.  Even though He knew He couldn’t give up, He still expressed His feelings to His Father in Heaven.

Then later on the cross, He asked the Father why He (Jesus) had been forsaken.

For the first time His life, the Savior felt the same loneliness we all experience at one time or another.  He felt it to the acutest degree, but still He kept up His faith.

He could have chosen to die, right there and then, because of His mortal mother.

He stayed until the very end, and then at the last, turned Himself over to His Father.

For more information about this, see Elder Jeffrey R. Holland’s talk “None Were With Him.”

Elder Bednar gave two amazing talks in General Conference about the proper way to pray to our Heavenly Father.

Share these inspirational resources with others who are going through trials on Pinterst.