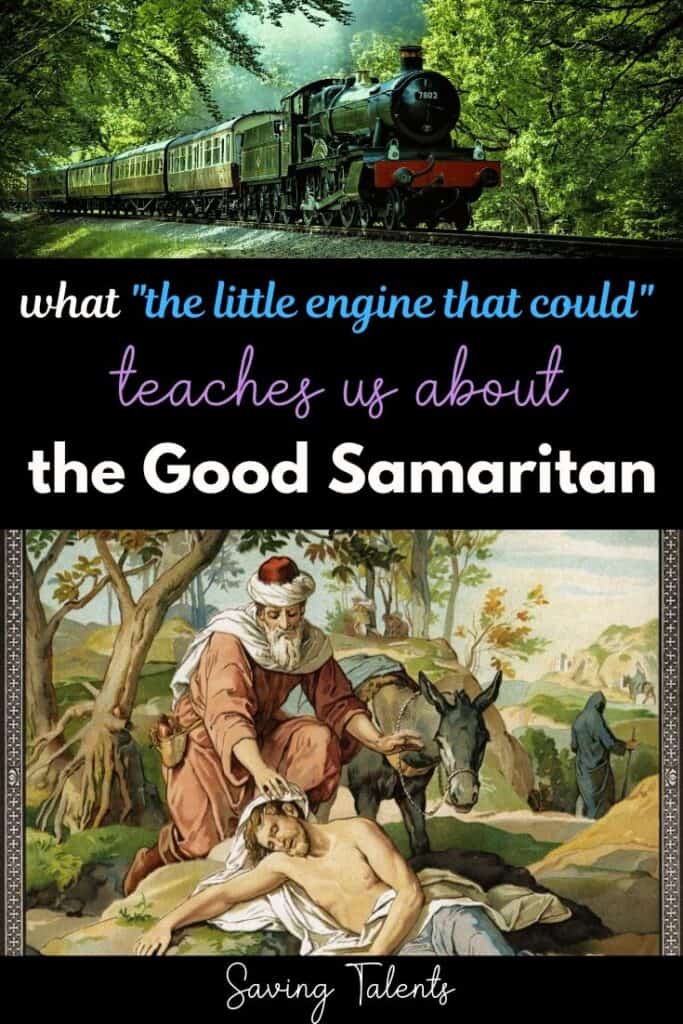 Learn all about God’s love for His children and the parable of the Good Samaritan with this unique view of the children’s book “The Little Engine That Could.”

This book was one of our oldest’s favorite books for several months when she was a toddler, making it one of my least favorite books.  I think I  can still quote it, word-for-word, in my sleep.

For those who have been living under a rock and haven’t ready the book beforea train engine breaks down that was carrying toys, food, and treats to good boys and girls on the other side of the mountain.  Three engines pass by (a new engine, a big engine, and an old engine) that all say they cannot pull the train.

Finally, a small blue engine comes by.  She has never been over the mountain, and she has never pulled such a large load.  But she says, “I think I can” to herself, and she is able to pull the train up the mountain and down the other side to the good boys and girls there.

We are all familiar with the message:  sometimes we think we can’t do things, but if we think that we can and we try, we will be able to succeed.  It’s a wonderful message about not giving up and trying to do hard things in spite of our own self-doubts. 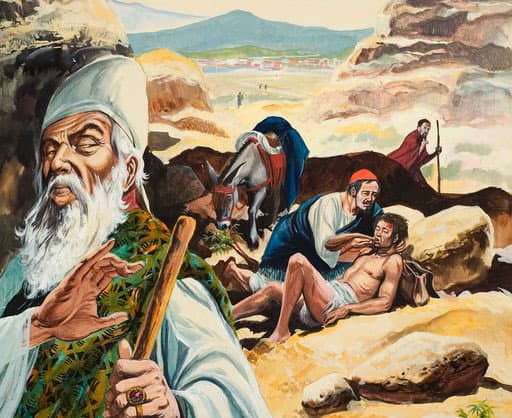 It’s struck me recently, however, that this book also mirrors the parable of the Good Samaritan a little bit.  You may have already seen this (I can be a bit slow on the uptake sometimes), but there are several similarities between the engines that pass by the broken-down train and the three men who pass by the man who has been injured on the side of the road.

On my mission, I encountered the most amazing Ensign article about the parable of the Good Samaritan and how it goes much deeper than just helping our neighbors.  It is actually the story of the Fall, the Atonement, and the Savior.  You can read that article here; I won’t be discussing it much, other than it showed me a whole new level of meaning which I have in turn applied to “The Little Engine That Could.”

As I read about each of trains and the circumstances they find themselves in, I was struck by the similarities they have with our lives and the Good Samaritan. Each of us is like the original train. We are trying to bring things of value, our souls, to our Savior, who is on the other side of this life, which is a steep mountain to climb (see President Eyring’s talk on this).

Occasionally, someone breaks down. Whether worn out from the foothills, tired from a heavy load, or broken down with parts not working, they are stuck. They cannot pull their train, with their precious cargo that is of infinite worth to Him on the other side of the mountain, on their own. Their cargo cries out to passers-by, “Please, won’t you help me get Home to the other side of the mountain?”

The first three engines who come by each have their own excuse as to why they cannot pull the train. From the outside, each seems like a selfish, sorry reason. However, on closer examination, each train represents something that I know that I have said or done in the past. 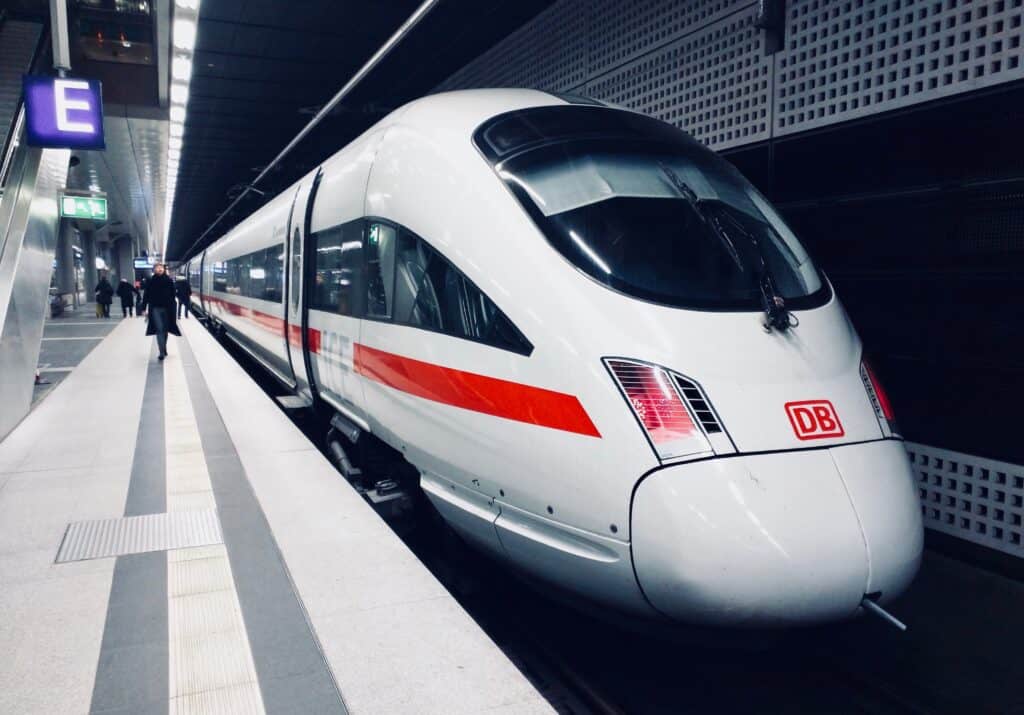 The first train is a shiny, new engine. He has dining cars and sleeping cars – all of the latest and greatest of the trains.

Throughout our loves, we will find ourselves in periods where we are the newest and “best.” Graduating from high school or college, starting a new job, being a new parent, or receiving a new calling. Each time, we enter those new roles, we have the choice to do so with humility or with pride.

When we enter with pride, we look down on those whonhave gone before or who are still there, in the “old ways.” Some examples of this include new mother whose child is sleeping through the night and is proudly sharing how she caused it to happen, or a new employee who is certain that his new way of approaching a situation at work is the best way, or a new bishop who is convinced that all of the answers lie with revolutionizing and changing the entire ward (and does so without the Spirit).

None of these things is necessarily bad – it is good to have new ideas or viewpoints. But when we trample over other views with our own in a self-righteous way, we are not helping them get over the mountain. We are pushing them back down.

I struggled with this at the beginning of my mission. I came out of the MTC on fire, ready to share the gospel. My trainer had certain ways of doing things that I felt like weren’t matching up with Preach My Gospel. I thought that I knew better, and every time I disagreed with her, I would whip out PMG to show her where she was wrong and I was right. It caused a lot of contention, but I was convinced that I knew better. After all, I had just had the most updated training!

It wasn’t until my mission president called me in for an interview that I realized that being right wasn’t right. He told me that it was more important to have the Spirit than to do the work the “right” way.

I learned this over and over again on my mission: with companions, with members, and even after I came home and tried to tell my family what they were doing wrong and how they wouldn’t make it to the Celestial Kingdom. (Bless my poor mother, who handled it so gracefully and patiently.)

I was just like this first train, convinced that I was newer and better, and the best way to help others would be to show how well I could do what they didn’t. 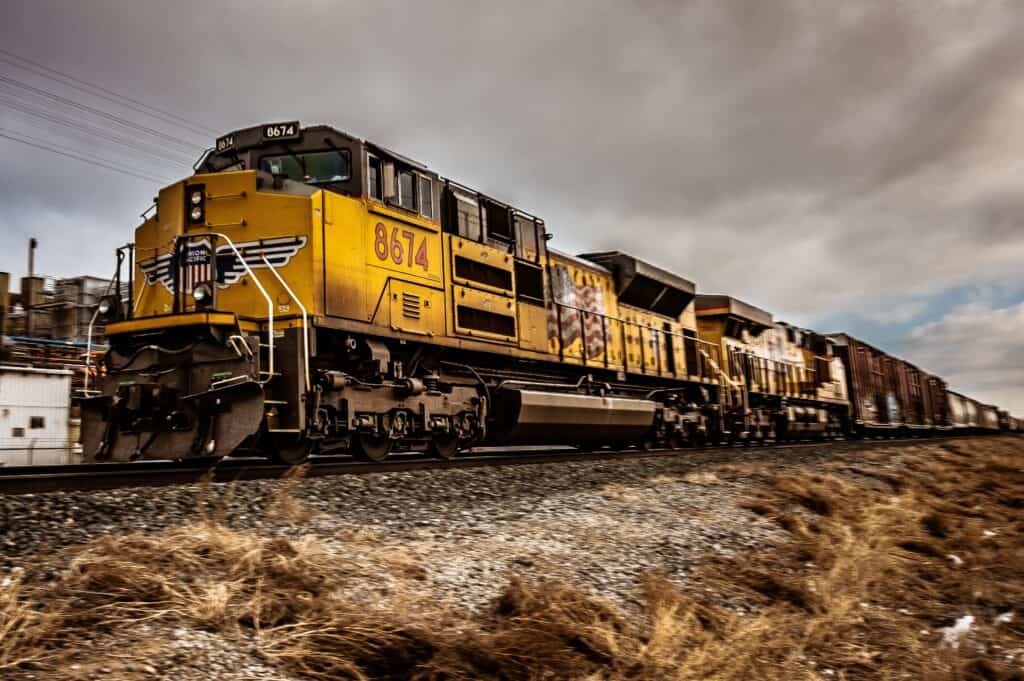 The second train was a big, strong train. He said that his loads were too big and too important to carry this other train’s load. You would think, with all his strength, that he could easily take the time to help this poor, struggling engine with her heavy burdens that she couldn’t pull.

In the Church, we know that we have all been given different gifts that we need to use together. Paul teaches that we are all different members of the same body (1 Cor 12:12). We have strengths, and those were given to us to build up the Kingdom of God. Than means building up others.

We are told not to compare our weaknesses to others’ strengths, but we also need to make sure we don’t do the reverse. If we look disdainfully at those who can’t match our strengths, then we leave them behind in the dust. We watch them struggle for help, and instead of using our gifts and talents to lovingly help them in their weaknesses, we scorn them and move on ahead, forgetting that soon we may break down, and they may need to help pull us.

Until I was diagnosed with a severe chronic illness, I used to not understand how people weren’t able to push through their trials. I would almost smugly look at those who were a “burden” on the ward and think they were just lazy or unfaithful.

You would think that I wouldn’t have to keep re-learning this lesson now that I’m one who struggles, but sometimes the things the Lord teaches me just don’t stick.  Even now, instead of helping, I say, “Well, my loads are bigger than yours and I am pulling them just fine. Why can’t you handle your smaller load with what you’ve got?”

When I take it personally that someone is late to a meeting or isn’t doing all of their responsibilities, that makes me just like this strong, big engine. 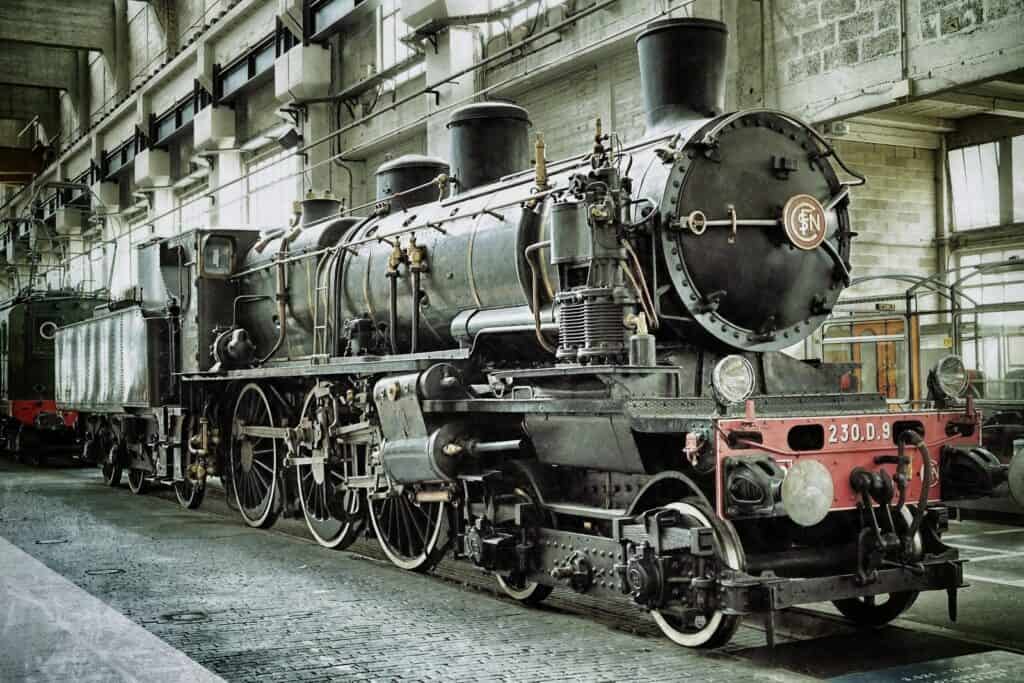 The last engine to refuse to help is probably the one we can all relate to the most: the old, tired engine who does not have enough energy to help get the broken down engine over the mountain.

How often do we feel too busy, too tired, too overwhelmed to help when we are specifically aksed to help (let alone notice that they have broken down!)? It is so easy to get caught up in our busy lives. We feel like we are just barely keeping our heads above water, let alone have energy to pull another’s load as well.

The interesting thing about this, though, is that unlike real trains, our spiritual loads and journey do not follow the laws of physics. The Savior said to take His yoke on us, for His is easier to bear than our own.

What is the Savior’s yoke? What was His greatest burden? It was taking upon Himself all of our burdens, our loads, in the Garden of Gethsemane. In fact, it was so arduous, that even He asked to not have to carry it, if it were at all possible.

So if His yoke is to take up those yokes of others, and He tells us that it is lighter than our own, then stopping to pull another’s train along with our own somehow will be lighter than just doing our own!

Like I said, it is against the laws of physics, but it is made possible by our Savior’s Atonement. Oh, if only that old, tired engine understood that by helping pull, he could receive the Savior’s rest! 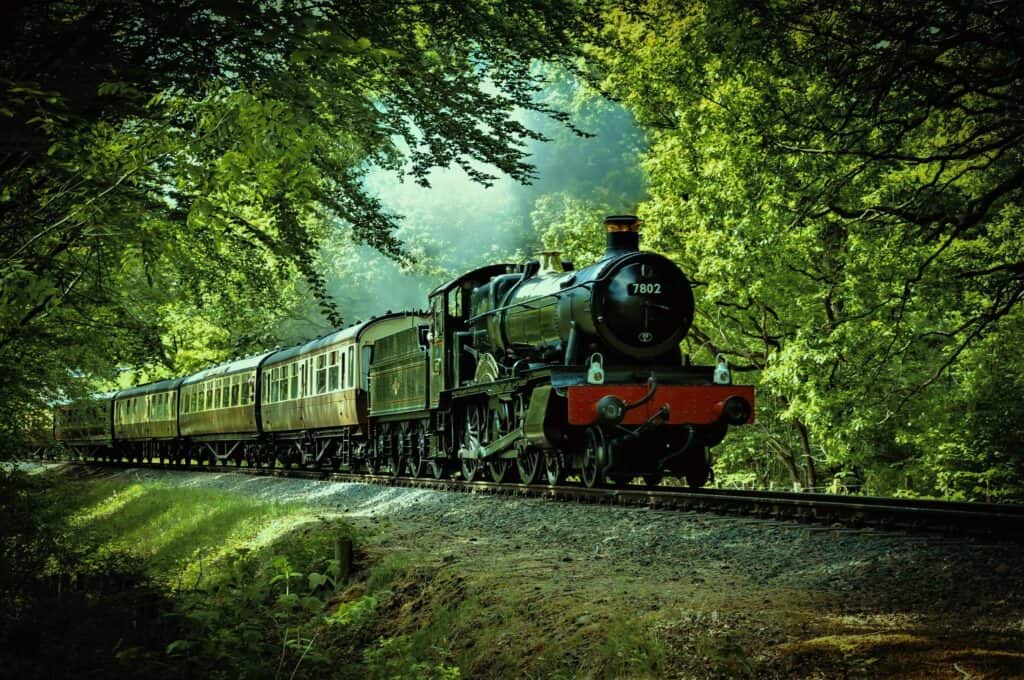 The last engine, the one who said yes, was the bravest engine of all. She was very little, and she had never been over the mountain before herslef, let alone with a heavy load. But when she heard of their need to get their valuable cargo Home, she said she would try.

She told herself, “I think I can,” and that was enough for her. She didn’t know she could, but she had both faith and a love for the cargo and those awaiting it on the other side.

Alma 32 beautifully explains faith as a seed and tells us that even if we have no more than just a desire to believe, it can grow to be a strong tree. This little train did that, and she was able to bring not just herself, but another precious load to the other side successfully.

Doctrine and Covenants 19 says that if we can just bring but one soul to our Father, how great will be our joy with them in the Kingdom of our Father. So as we struggle with our loads, let us not be like the other engines.

Instead, let us remember that ours and theirs together will be lighter than ours alone, and that we are promised rest and happiness on the other side of the mountain when we reach their together.

30 Day Study of the Restoration of the...

How to Make Blessings Bags for the Homeless...

11 Activities to Teach your Kids About Kindness

7 Lessons on Frugality from the Mormons

150+ Inspirational Resources to Help During Trials

11 Lessons We Learned from Being Foster Parents

Why You SHOULD Cast Stones at Others

Why “What Not to Say Lists” Really Make...

11 Ways Christ is the Master Teacher