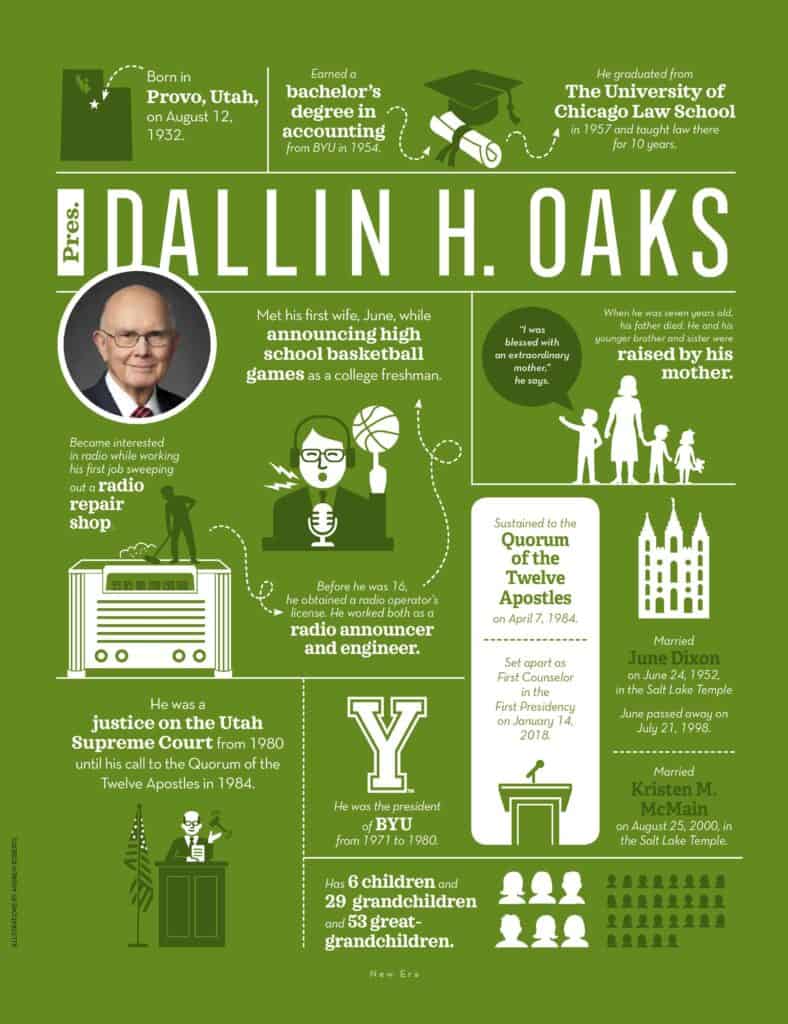 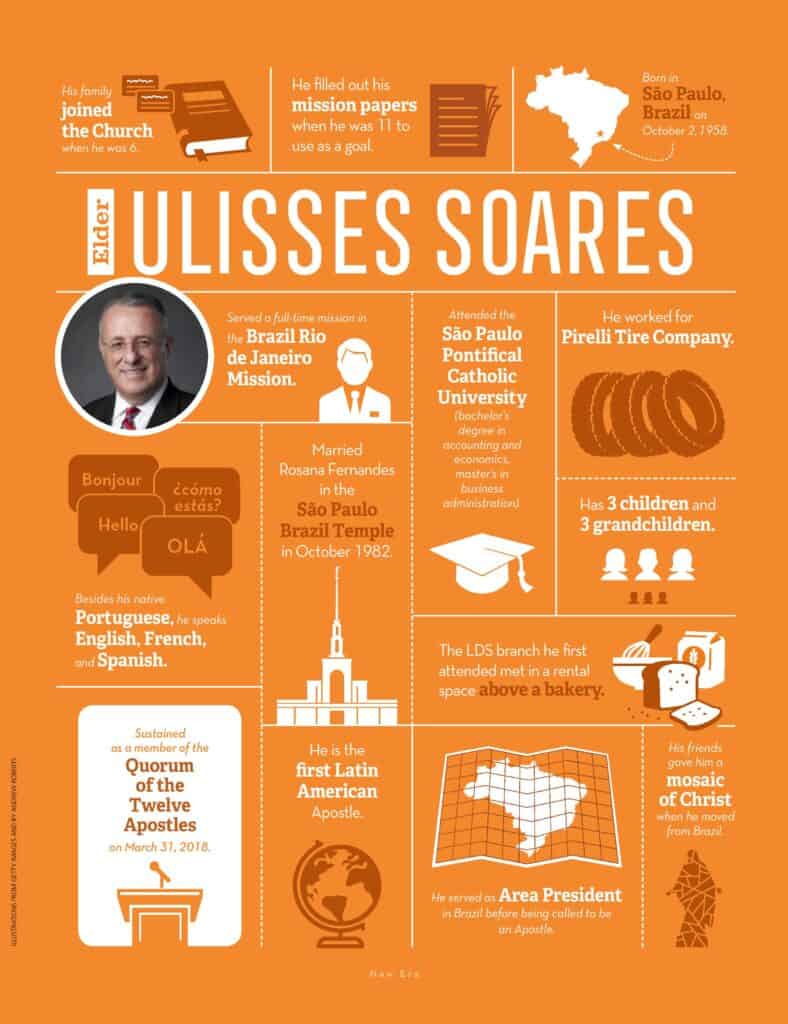 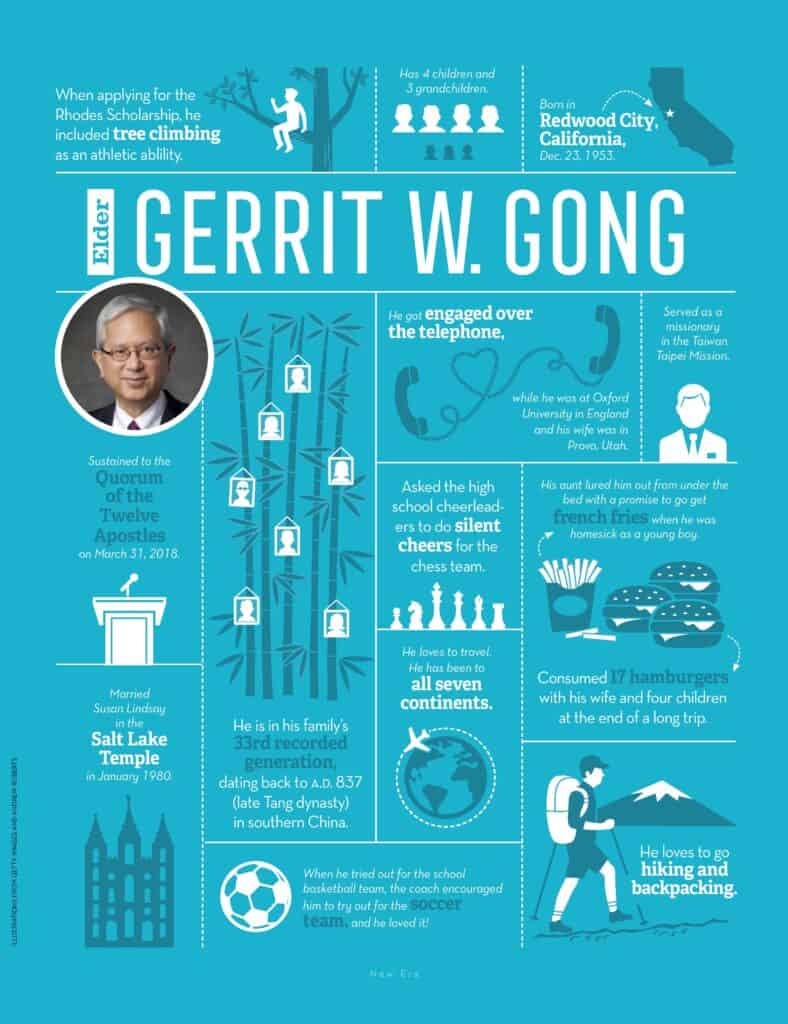 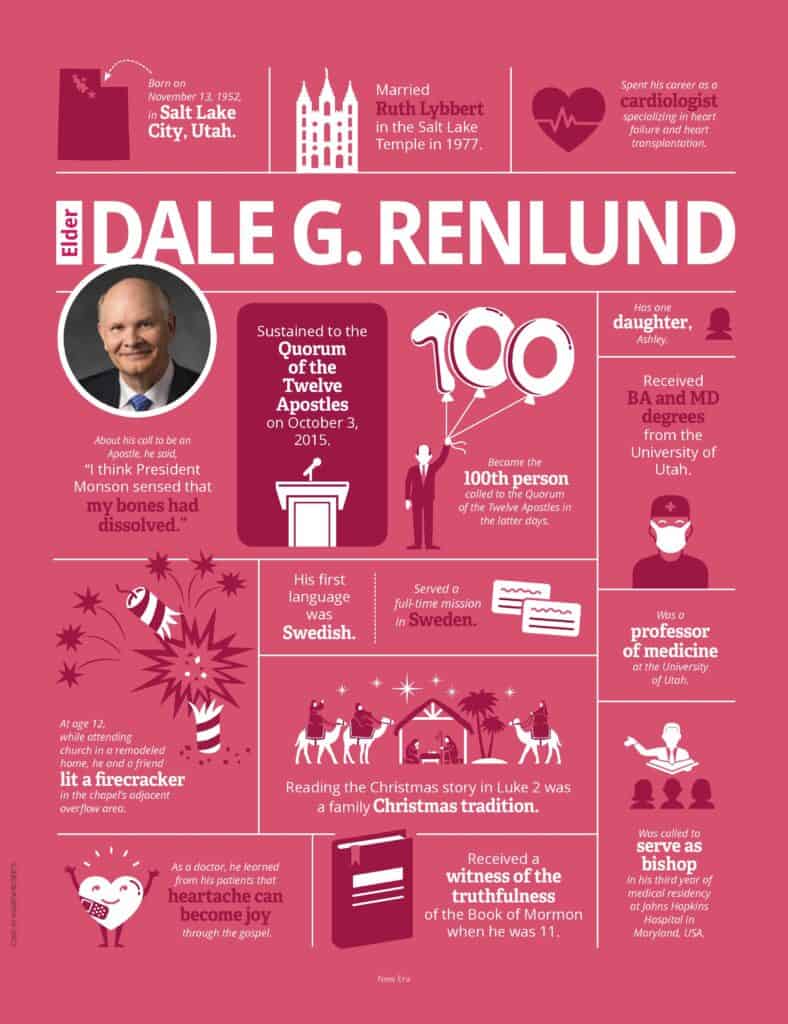 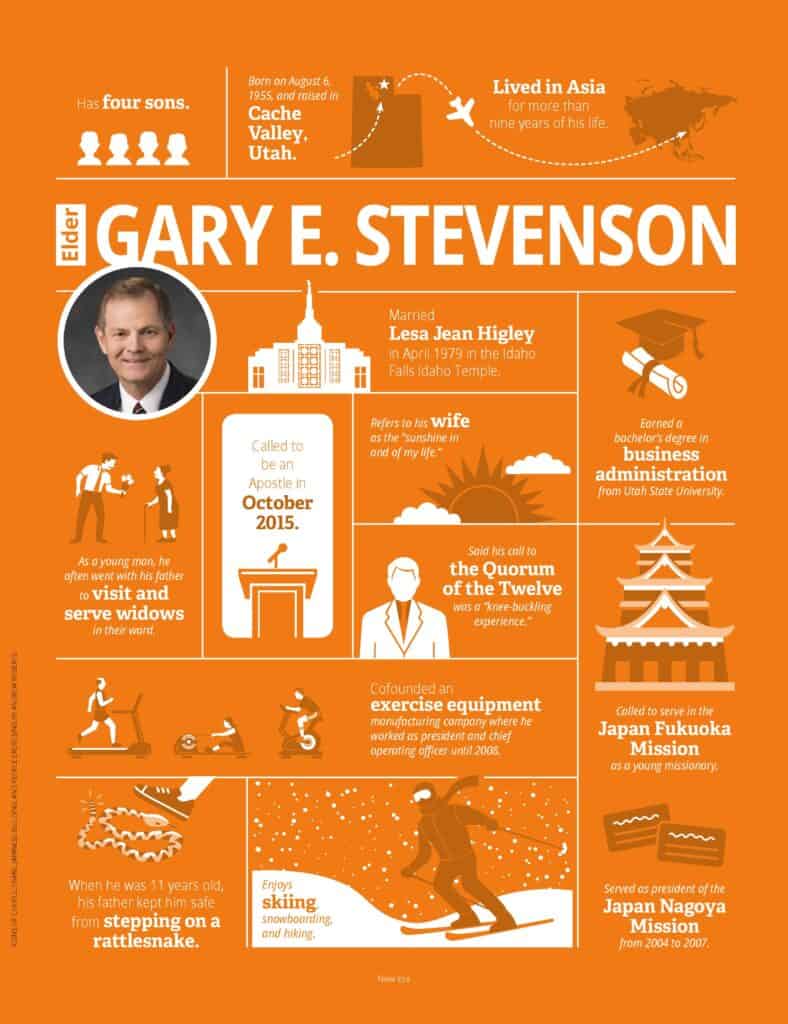 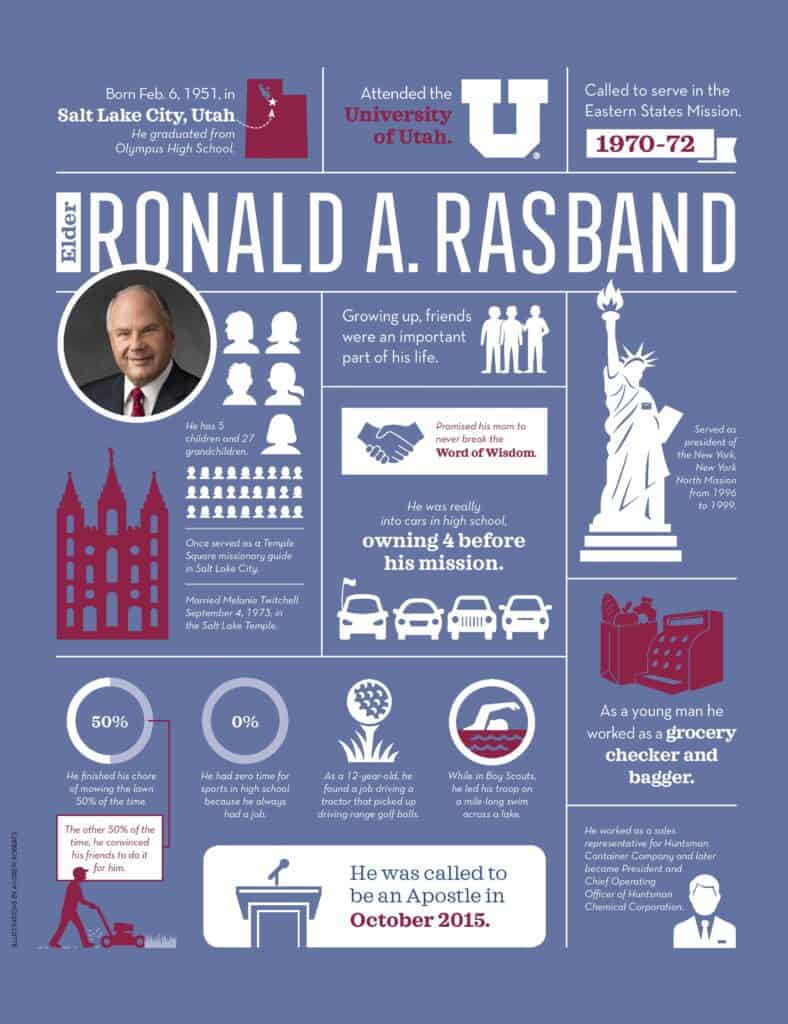 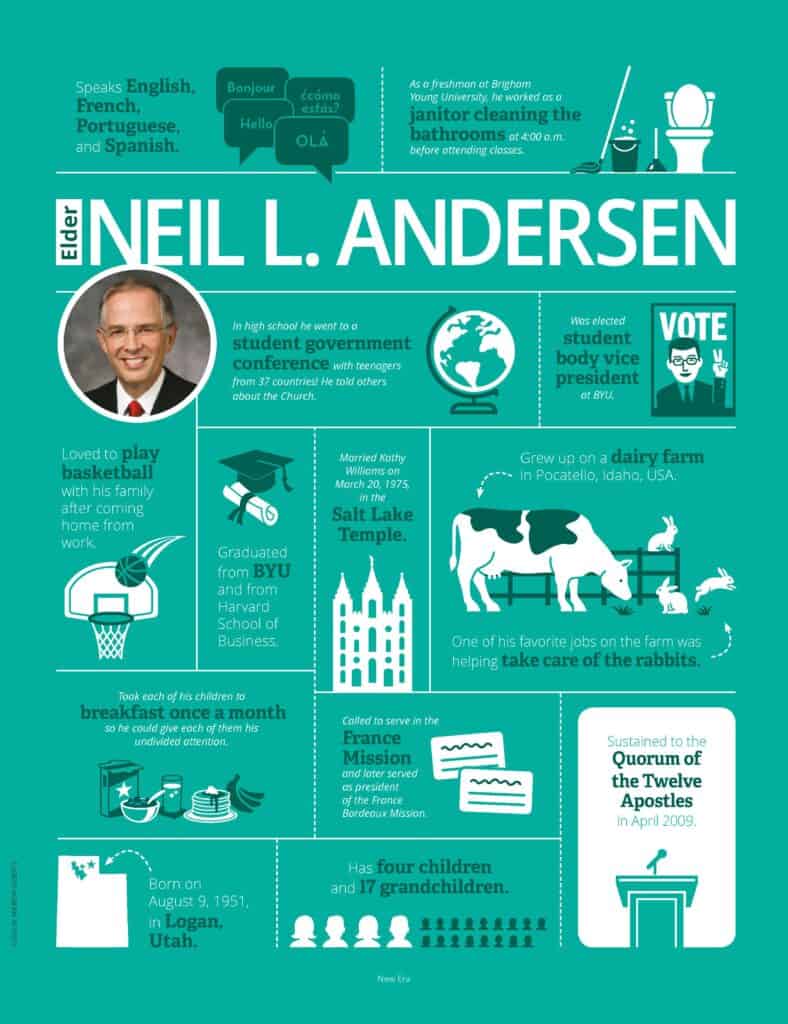 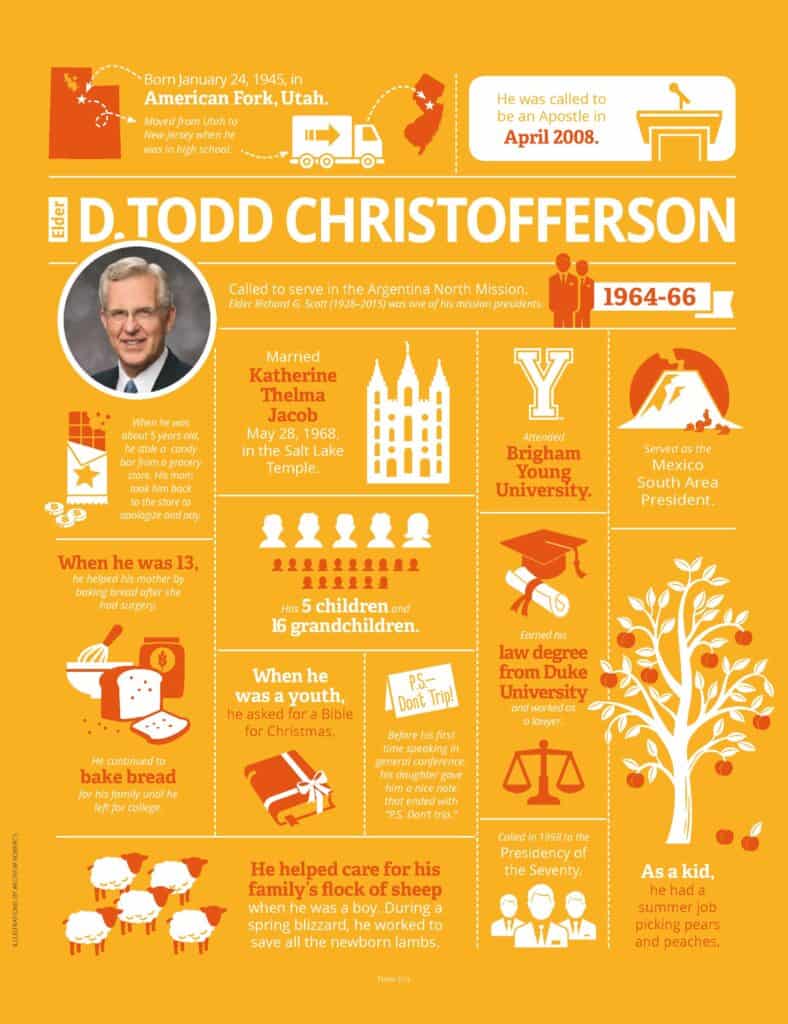 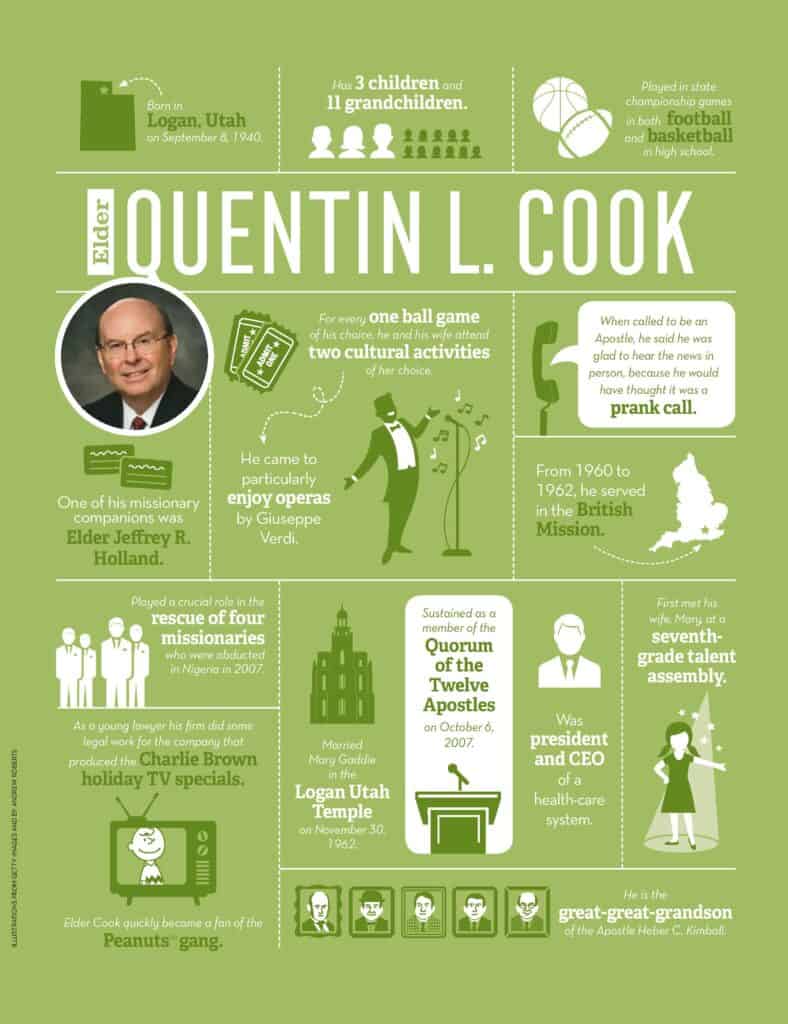 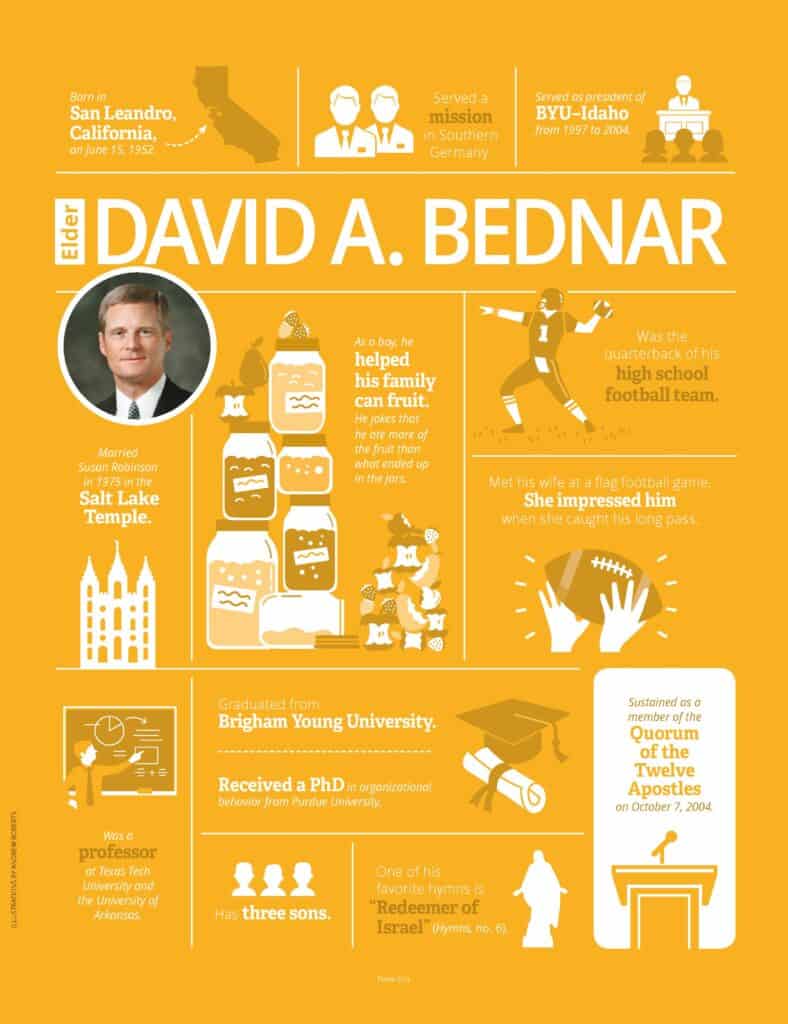 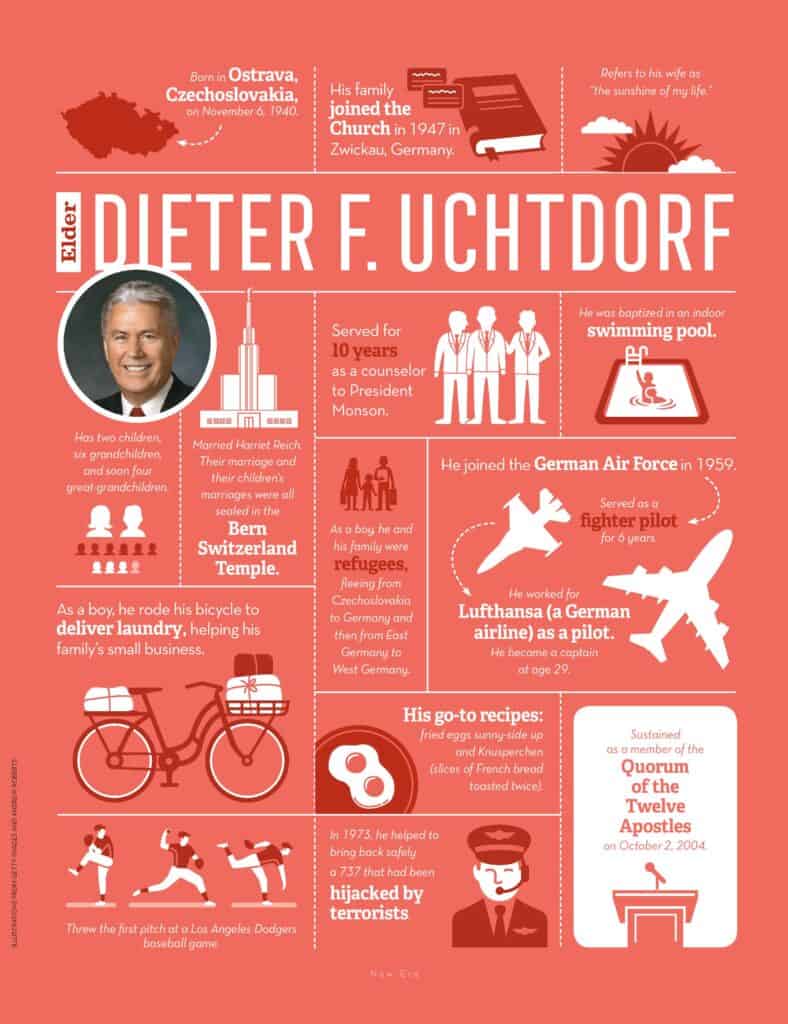 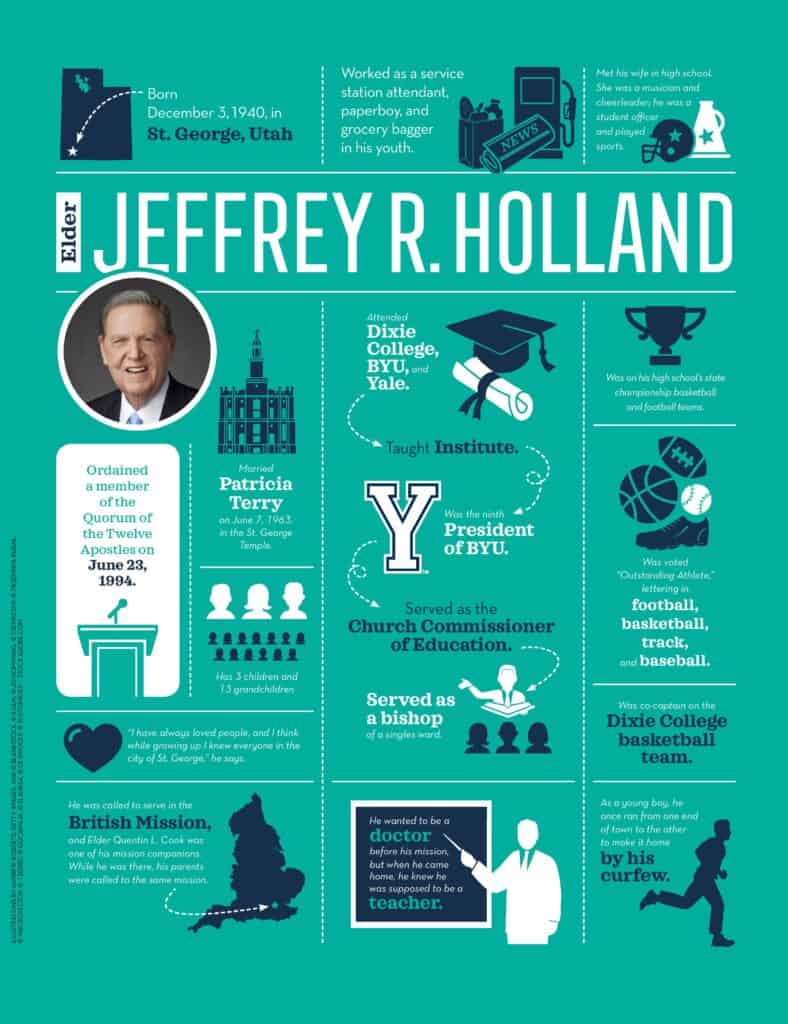 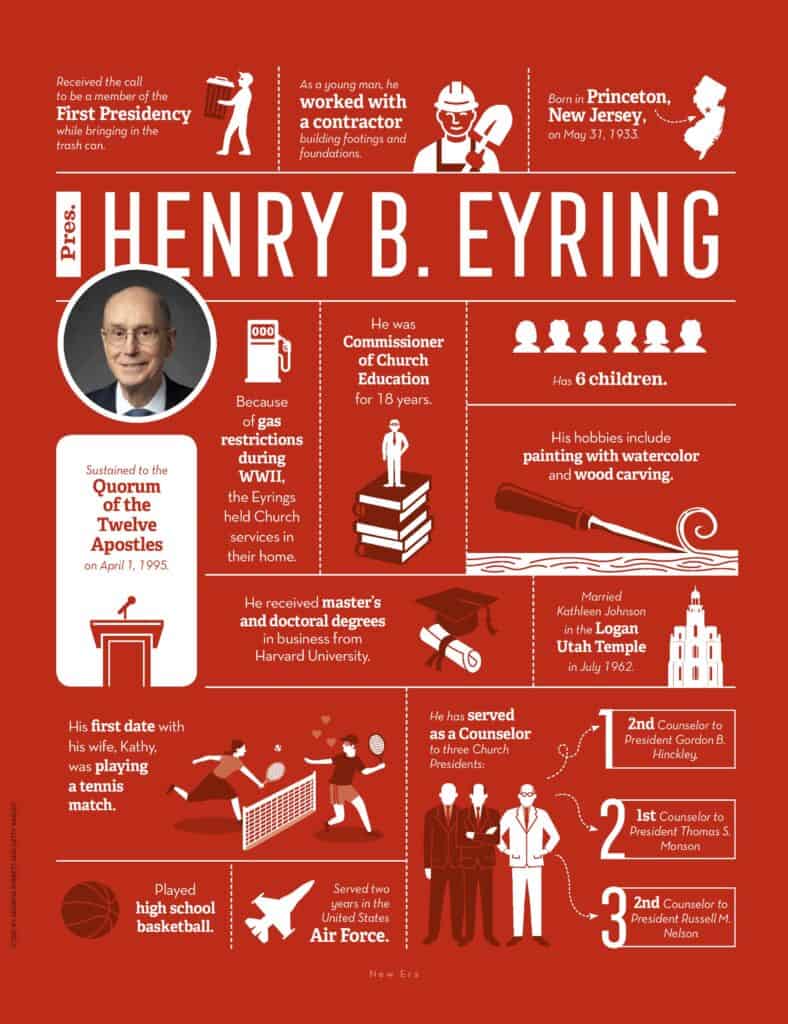 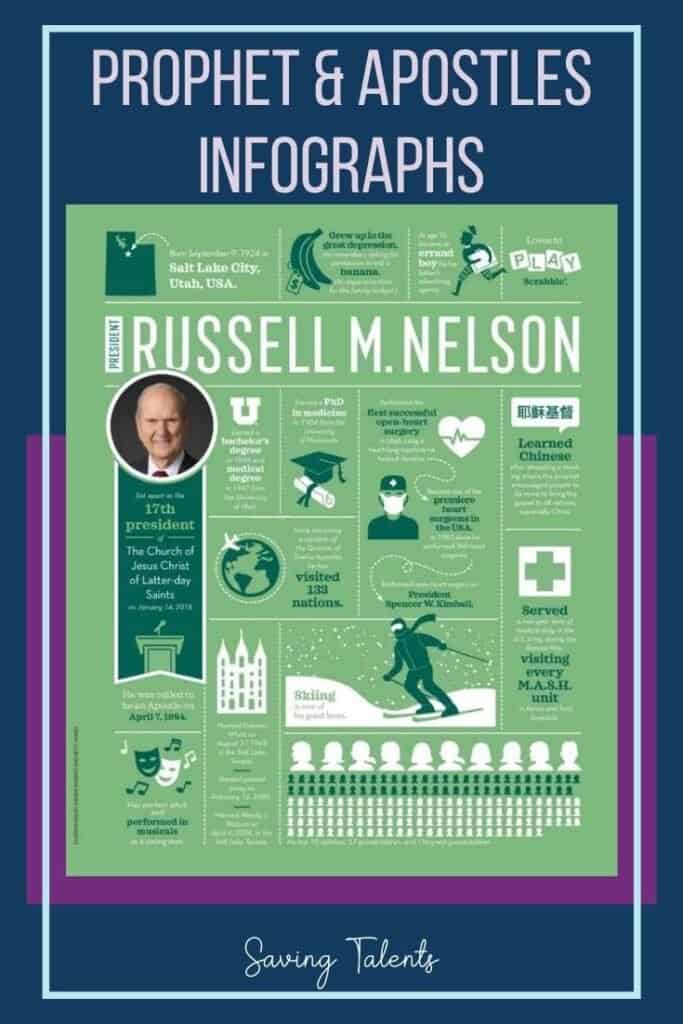 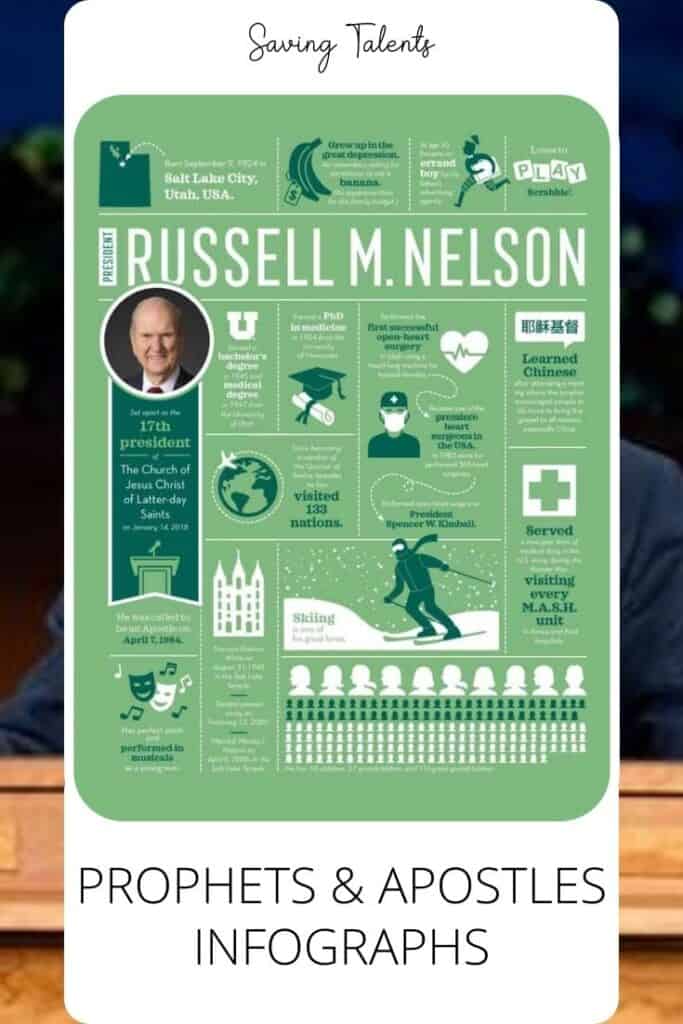 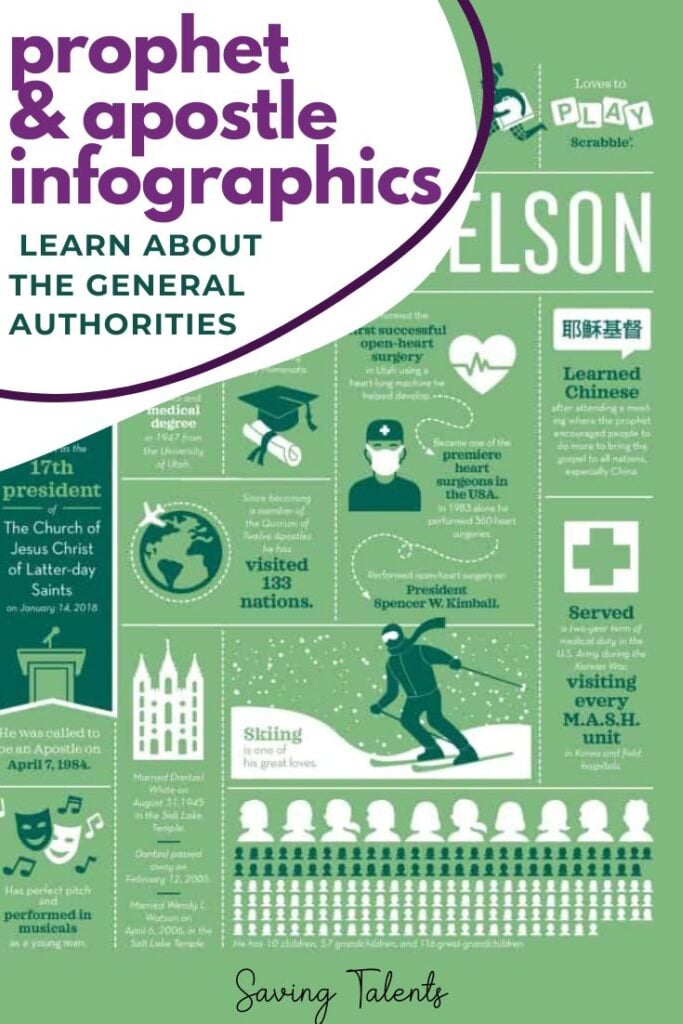 In 2018-2019, the New Era released several infographics of the prophet and apostles to help learn more about them.

These make a great study for General Conference, in addition to our free new Restoration Proclamation study and our 30 day study of the Restoration of the Gospel.

Ryan Jensen, managing editor of the New Era, compiled them into a PDF, which we have here for you.

We also converted the PDF in to JPG images. Now you can download and learn more about the prophet and apostles of the Savior Jesus Christ in preparation for General Conference!

If you find them helpful, we’d appreciate you sharing them on Pinterest!

President M. Russell Ballard Prsident of the Quorum of the 12 Apostles Infographic