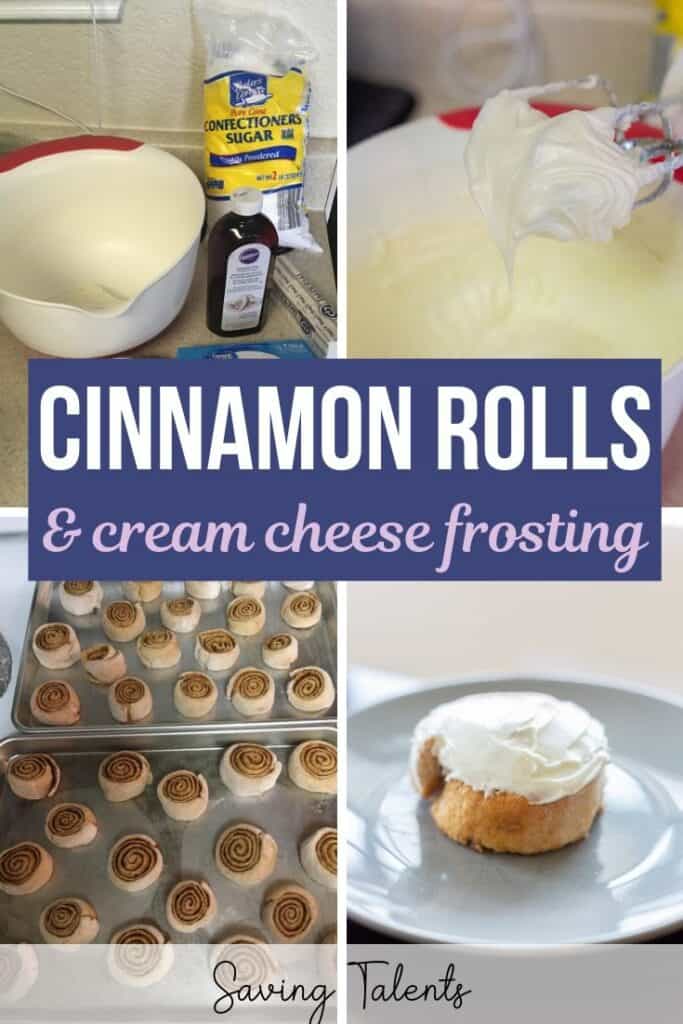 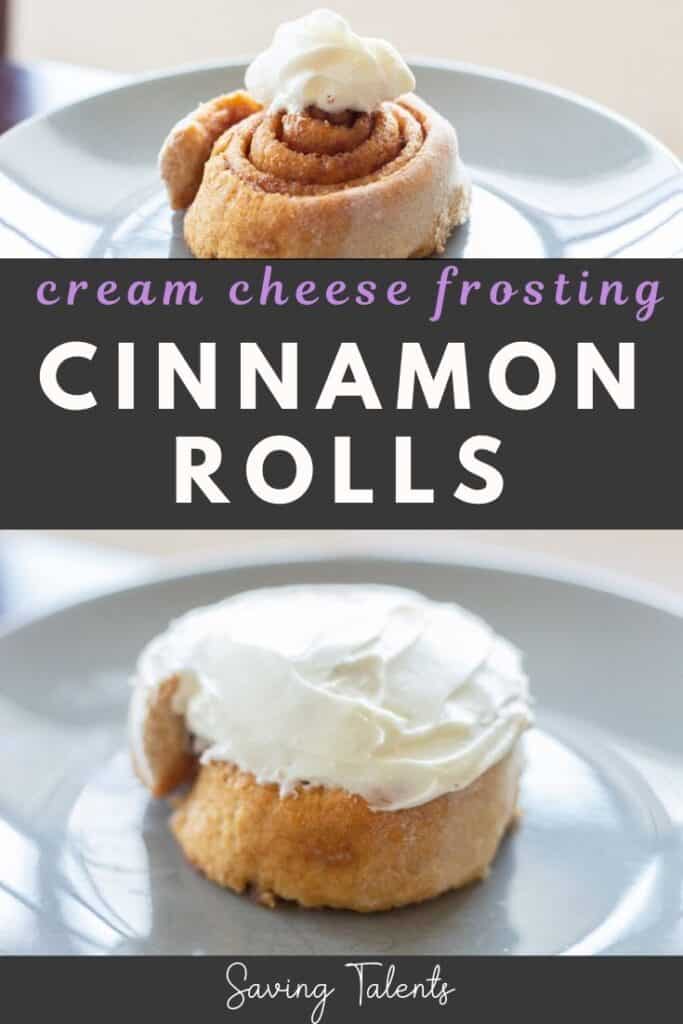 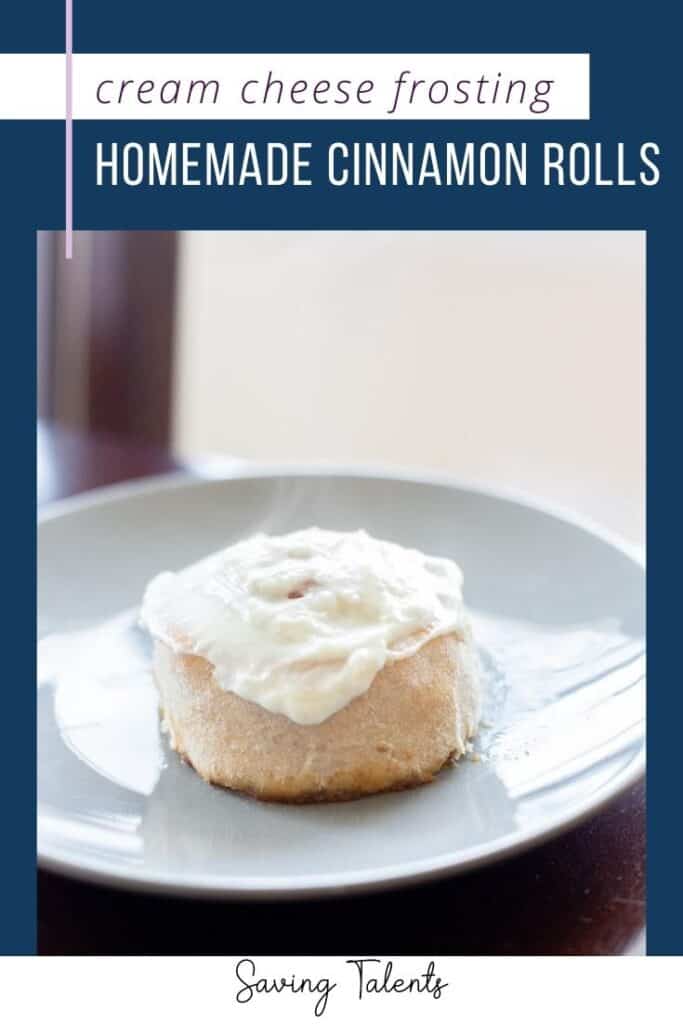 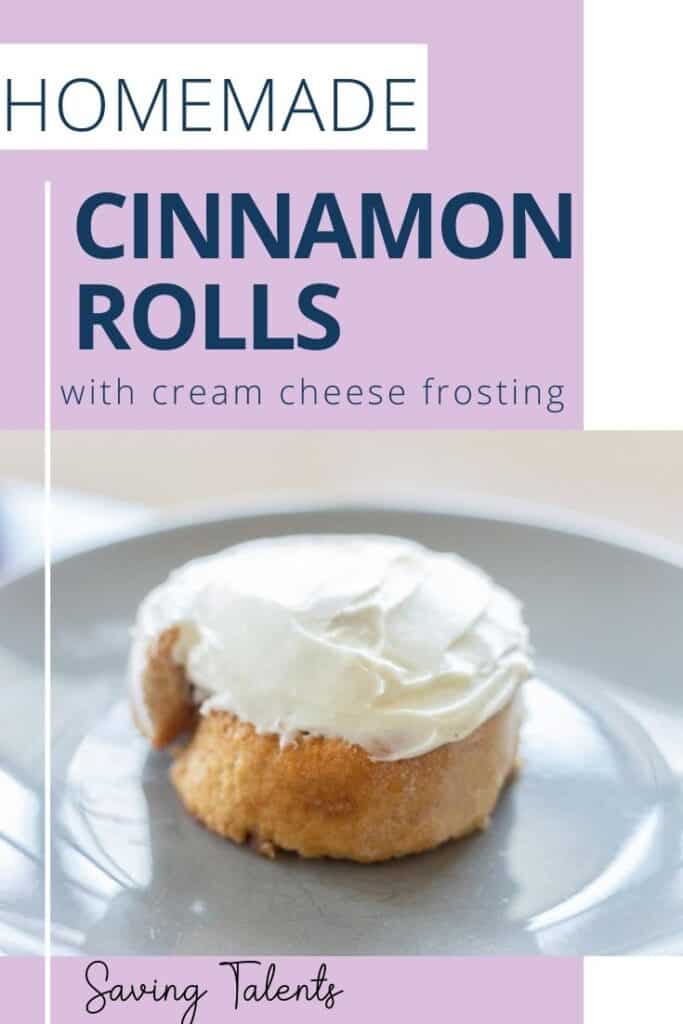 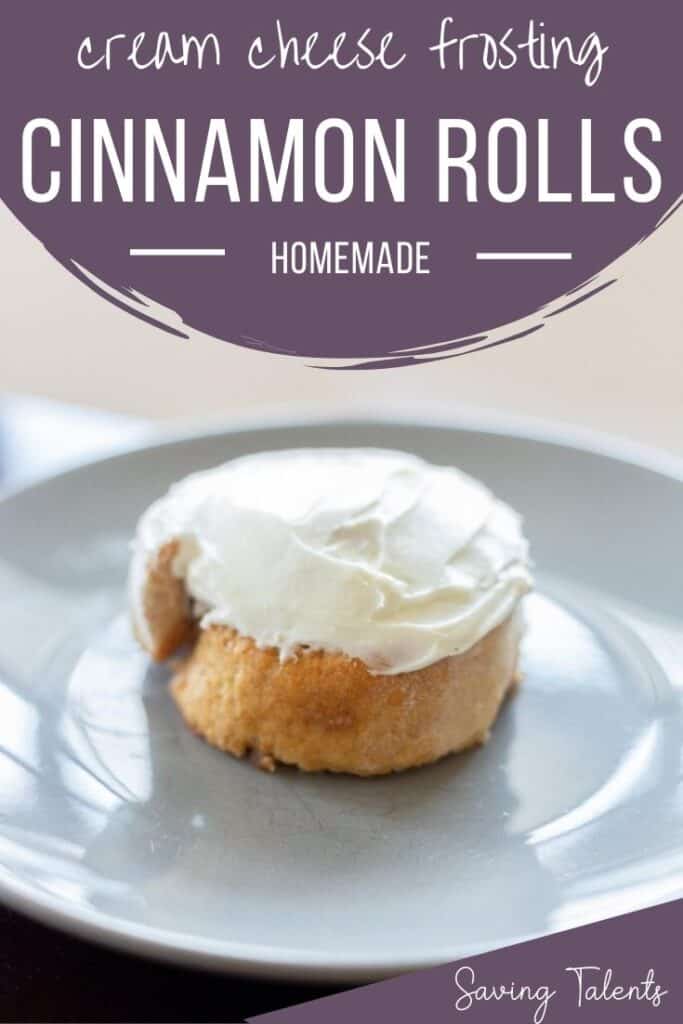 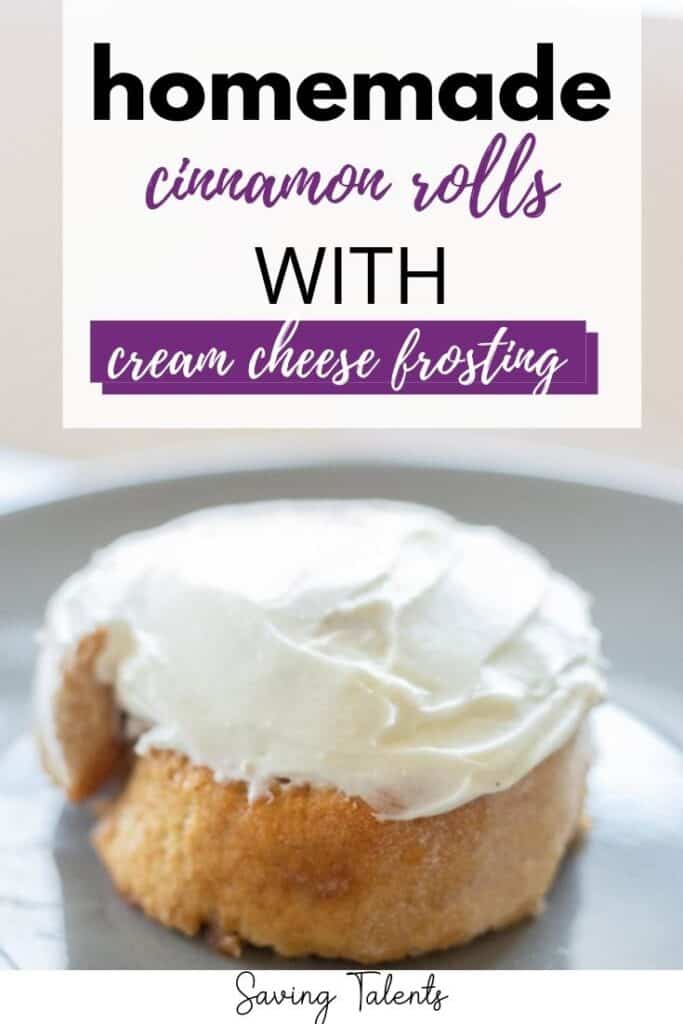 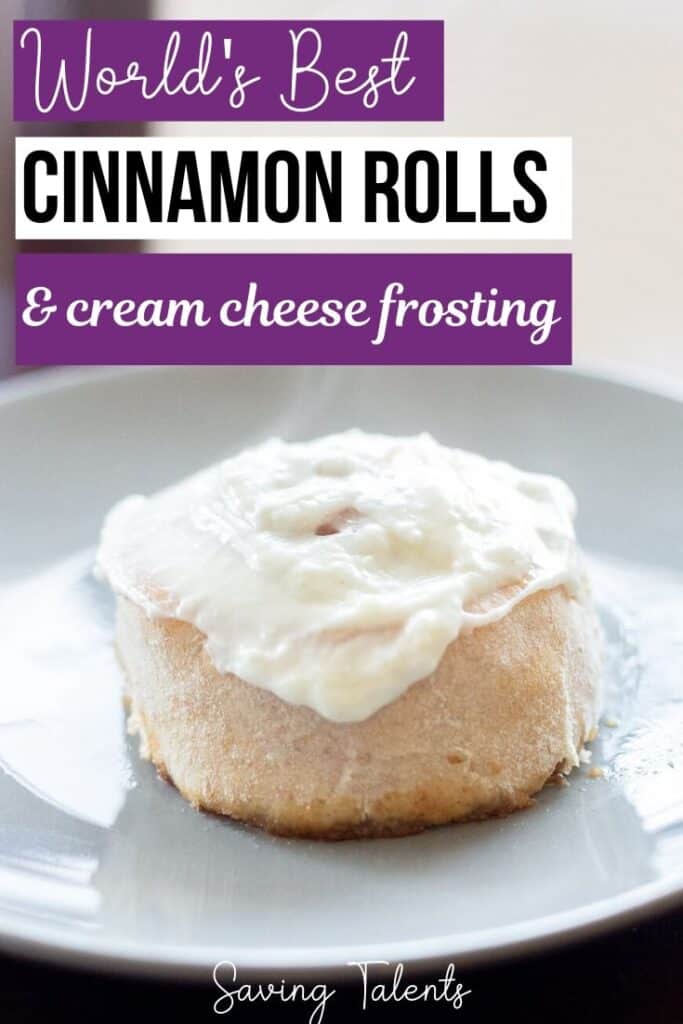 My parents made these amazing cinnamon rolls in my house for General Conference every since I was a child.

Funny story, but we also would make them when it was our week to bring breakfast to seminary each Friday (we rotated weeks).  Without fail, ever single time we made them the night before, we would have a snow day the next day.

For about a decade.  As all of my siblings went to high school and on through to college, they would make the cinnamon rolls when it was their Friday (which was about once every few months), and then seminary and school would be cancelled.  Every. Single. Time.

So, if you want to have some snow, make these homemade cinnamon rolls with a cream cheeese frosting for seminary.

Anyway, Phillip and I have continued the tradition and make these twice a year for General Conference.  They’re definitely better than store-bought, and they even rival Cinnabon cinnamon rolls!

And if you’ve been around the blog, you might notice that the cream cheese frosting recipe is the same frosting we use on our amazing sour cream sugar cookies.

Recipe for homemade cinnamon rolls with a cream cheeese frosting

Combine water and milk powder with electric mixer until milk dissolves. Add yeast and then sugar, salt, butter, egg, and 2 cups of flour. Mix on low speed until ingredients are wet, then for 2 minutes on medium speed.

Add 2 more cups off lour, mix on low speed just until ingredients are wet, then on medium speed for 2 minutes. Dough will be getting stiff and remaining flour may need to be mixed in by hand.

Add about 1/2 cup flour and mix again, by hand or mixer. Dough should be soft, not overly sticky, and not stiff. It is not necessary to use the entire amount of flour.

Let the dough for these homemade cinnamon rolls with a cream cheeese frosting raise until double in size with moist towel over the top to keep it from drying out.  (We usually make them the night before and let them raise overnight in the fridge so the dough is easier to cut).

Roll out. Soften butter and spread on dough, sprinkle with brown sugar (we prefer more rather than less…), and sprinkle with cinnamon.  We usually add enough brown sugar first and then the cinnamon so you can’t even see the dough.

Rub in the cinnamon and sugar, roll up, and cut into 1″ slices.

*Note: When Bread dough is usually perfect when you press on it with your pointer finger and the dough sticks to the edge of your finger, but the middle of your finger comes away clean.

Also, you can cut the homemade cinnamon rolls with a cream cheeese frosting with dental floss instead of a knife to avoid smashing the rolls.

Place on a greased cookie sheet (if you don’t, then the melted cinnamon/sugar mixture will carmelize onto the sheet and be absolutely impossible to get off).  Bake at 375* for about 18-22 minutes.

Alternate adding these items while beating:

You need to alternate adding sugar and milk so it doesn’t clump!  Keep on beating until smooth and at the desired texture.  If mix is too runny, just add a bit of powdered sugar.  If it is too thick, and a tiny bit of milk.

The secret to these homemade cinnamon rolls is the cream cheeese frosting!

Pin These Homemade Cinnamon Rolls with a Cream Cheese Frosting

Did you try these homemade cinnamon rolls with a cream cheeese frosting?  Let us know in the comments!  If you loved them or want to save the recipe for later, please pin it!

13 Microwave Meals to Make in a Hotel...

10 Easy Meals From Your Pantry

21 Fall Recipes Made Without Pumpkin

The Secret Ingredient for the World’s Best Pancakes