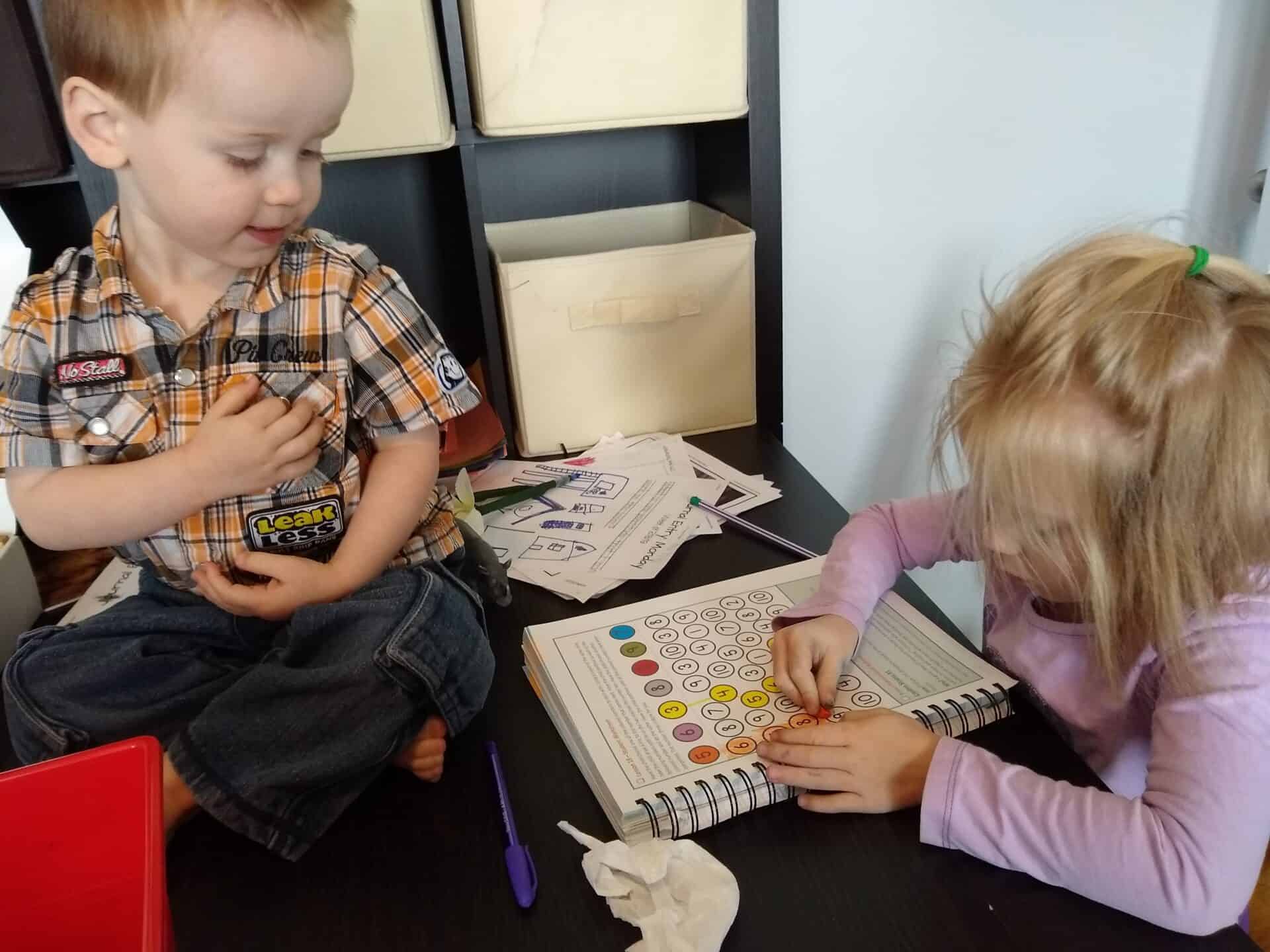 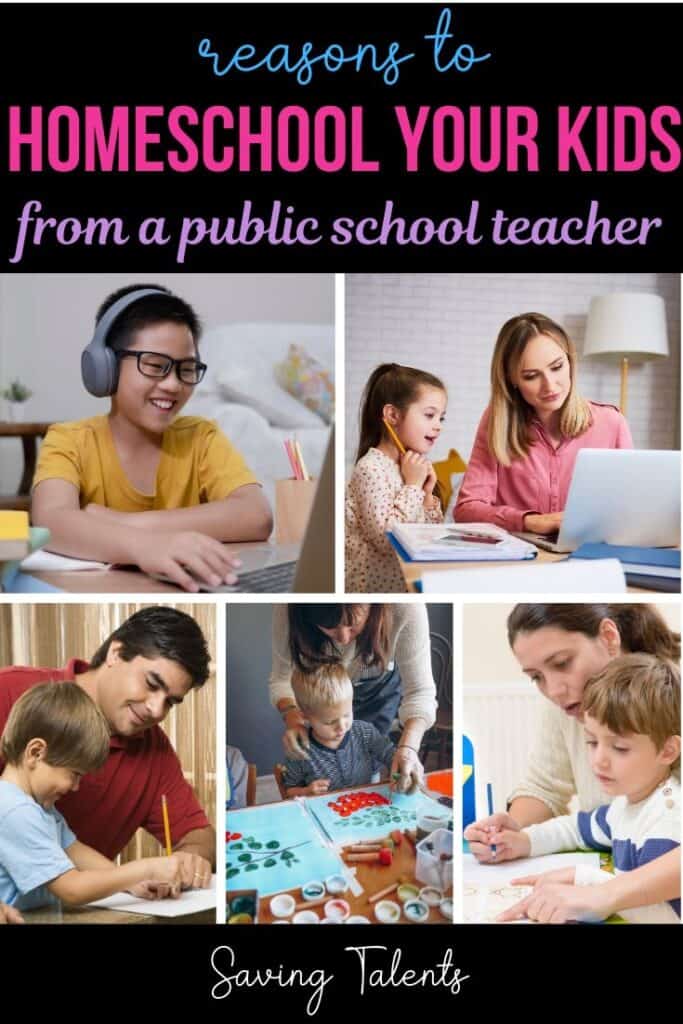 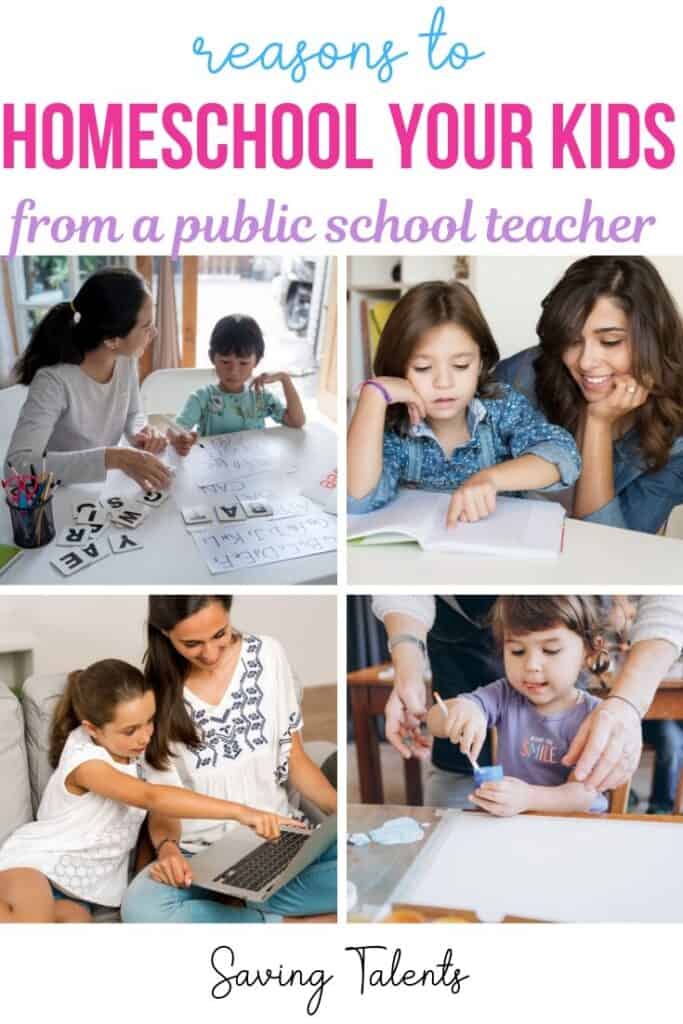 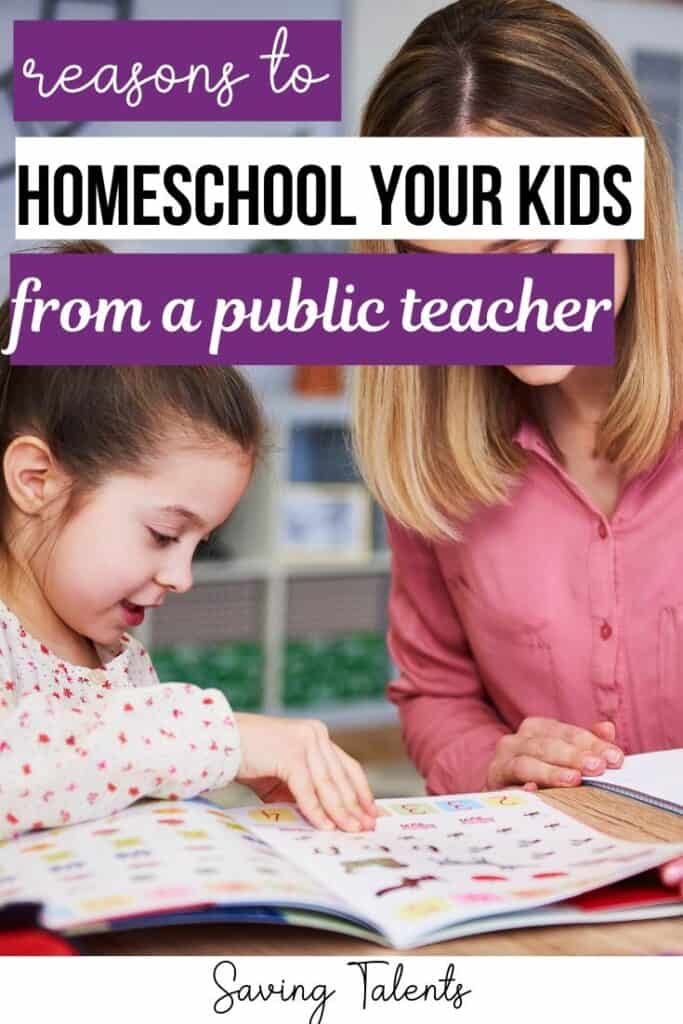 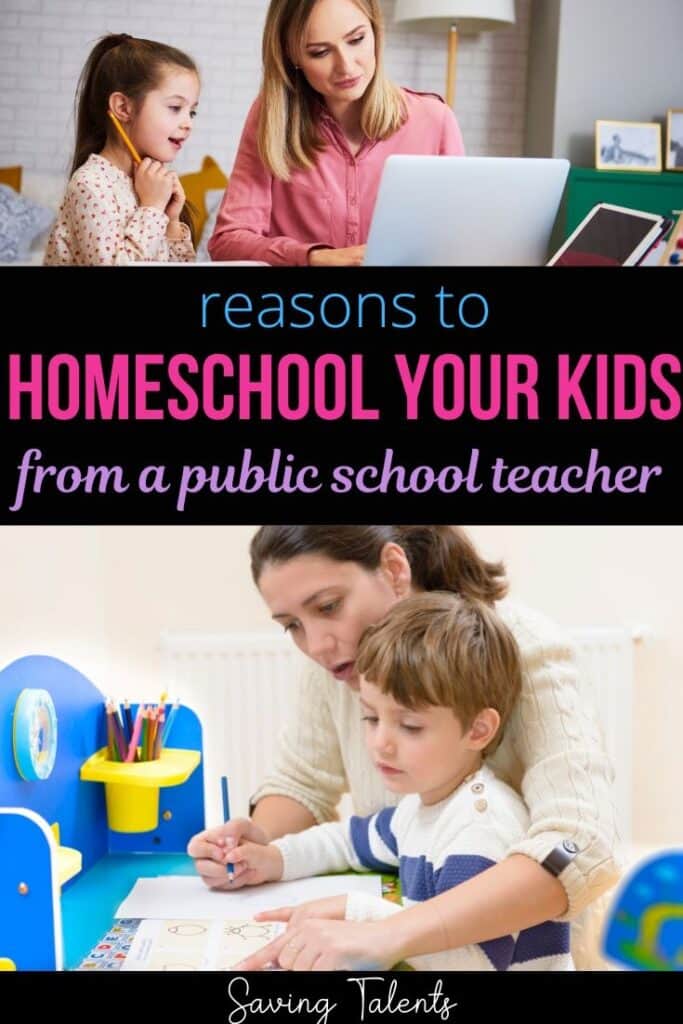 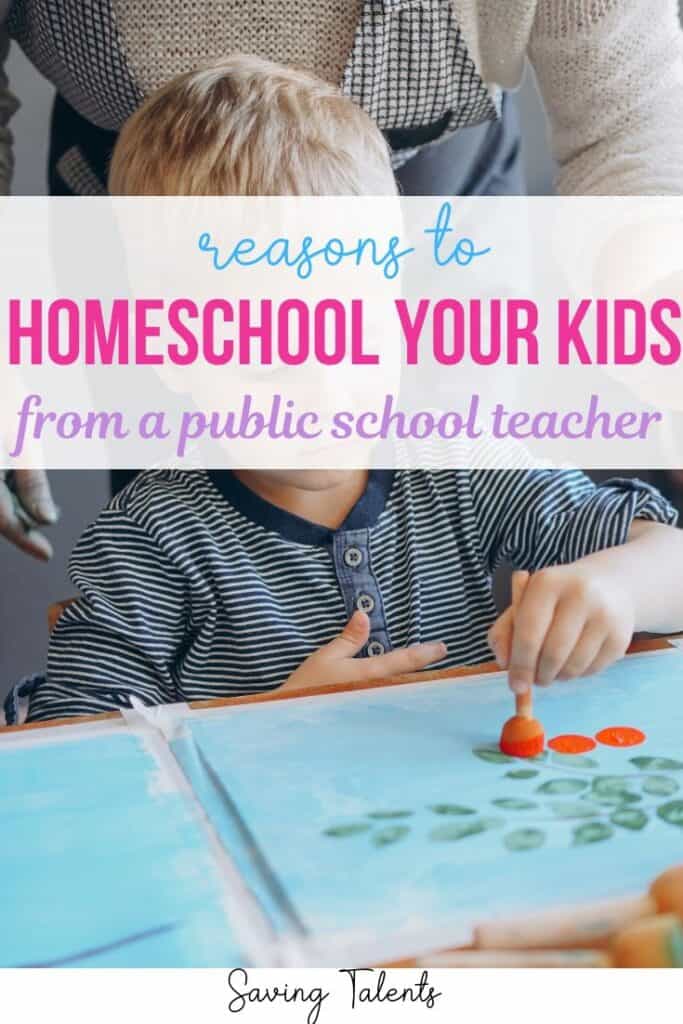 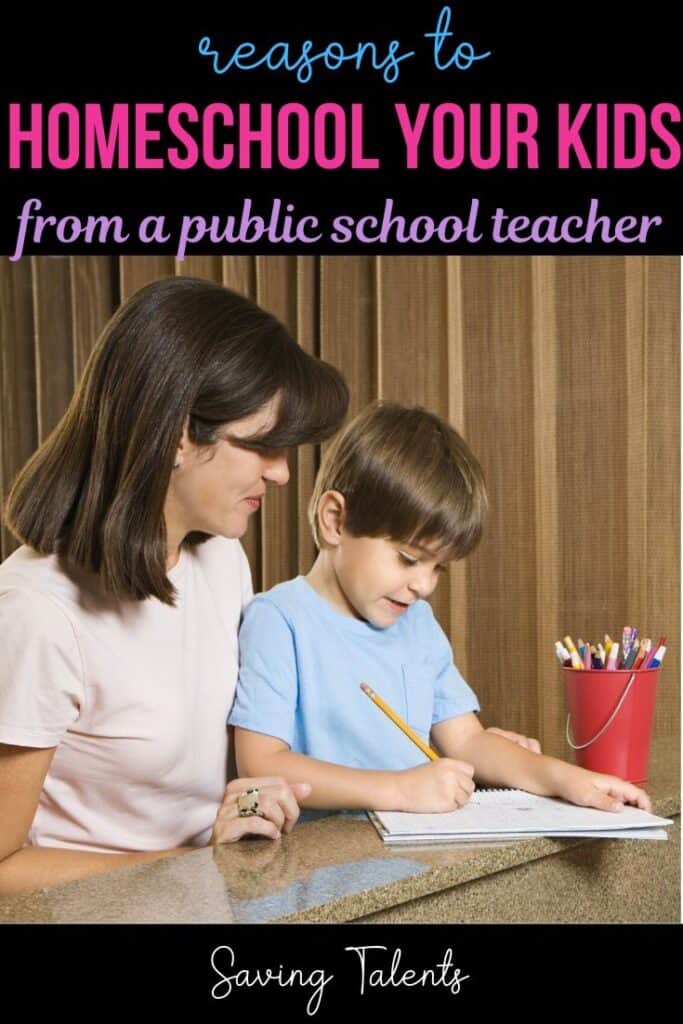 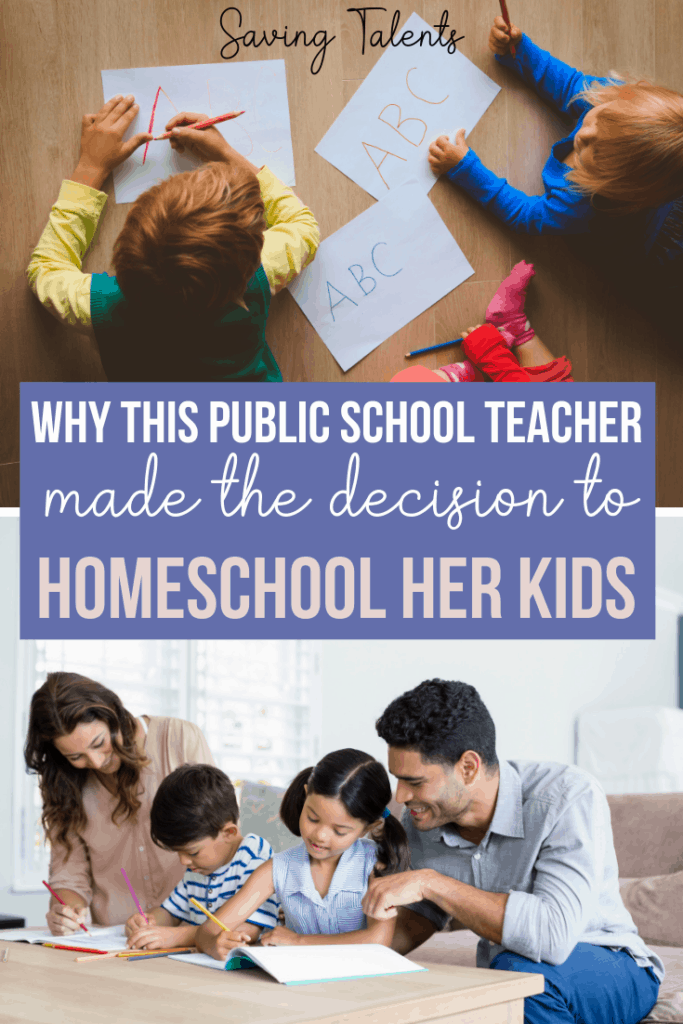 Read why this public middle school math teacher made the decision to homeschool her kids.  She shares the reason why she decided to homeschool multiple kids beginning with preschool and kindergarten, as well as how she organizes her schoolroom and chooses her curriculum.

Before we begin this post, I have make a confession:

Prior to becoming a coupon blogger and a SAHM (and now a homeschooling mom), I was a math teacher.

**Pause while everyone gasps in horror**

Yes, I know, quite terrifying.  And you know what?  I loved it.

Teaching math is my passion.  And 11-12 years old is my absolute favorite age to teach.  You know, 6th and 7th grade?  Everyone else’s worst nightmare?

Yes, I’m aware that I’m weird.  But being a math teacher is so much a part of me, just like being a mom or being a spoonie with Crohn’s disease.

When I had my first child, I often pictured what life would be like down the road.  So many people told me, “Enjoy these times, because soon it’ll be her first day of school, and then she’ll be gone in a blink!”

I never had an issue with public schooling for my children; my degree is in math education, and I taught in public schools for several years before having my children and being diagnosed with severe Crohn’s disease.  I also grew up attending public schools, so my vision of the future was looking forward to sending the kids off to school with a few hours of peace each day.

In the area we were living, kindergarten was only half-day – it was full of recess and time to be children.  However, about a year before she was to start, we moved to another city in another state.  Our new school district only offered full-day kindergarten.

I thought that I would be okay with full-day kindergarten until we temporarily took in some elementary-school-age children for several months.  I saw first-hand just how little time I would be able to spend with my daughter. When the bus picks up at 7:20am and drops off at 4:20pm, it makes for a long day.

If she was picking up things at school that I didn’t want her to learn, how on earth would I have time to correct it?  Her time in the world would far outweigh her time in a Christ-centered home.

We also started having issues with bullying from other children at the local parks, which added to my concern.  My daughter is a very kind, loving little girl.  She hasn’t met a person she doesn’t like, and she wants to be friends with everyone.

She just didn’t understand why in our new state, children she has met at the park responded to her invitations to play with hitting, kicking, and shoving.   In our previous area, even the kids twice her age would include her.

It broke my heart when she started withdrawing from new people we met at places like the park or the zoo.

I was concerned that her attempts to be herself in public school, surrounded by children who derided her loveable and friendly nature, would suffocate her until there was nothing left but the dead look I saw in her eyes each time she reached out and was rebuffed.

I understand that learning to deal with bullies and unpleasant situations is a necessary part of child development. But I didn’t feel comfortable exposing her at this tender age to 8 hours of it each day.

My time to show her love and re-build her self-esteem would be far outweighed by what she would be surrounded with at school.

I did some research on private schools in our area, but the nearest ones were far outside of our price range.  They also only offered full-day kindergarten.  Unfortunately, we were far enough outside the city that there were no charter schools in our area.

Several people suggested I simply delay her starting kindergarten, but she was already reading at age 4.  A delay was simply not an option for my knowledge-hungry daughter.

With a very heavy heart, my husband and I made the decision to home-school our child for kindergarten.  I was terrified I was going to mess it up by making many common mistakes.

I say heavy, because I was looking forward to having time to spend with our two-year-old son, as well as have more time to blog!

But I also knew, deep down, that this was what was best for my sweet girl.

She did preschool at a nearby church last year (which traumatized our son to see her go off without him), and she had a lot of wonderful friends.  Unfortunately, the majority would be attending different schools.

Her best friend there invited her to a birthday party. I was nervous that she would be ignored by her “best friend” at the party in favor of other children.

Luckily, my fears were misplaced. This wonderful little girl introduced my daughter to her little cousins and other friends as her best friend!  It warmed my heart, and I asked her mother what school they would be attending the following year.

I was dismayed to find that it was a charter school about 45 minutes from our own home. This would mean a long, expensive commute each day).  But the charter school had everything we could want! Friends, an excellent education in three languages (English, Spanish, and Mandarin), and an education that focused on leadership.

But again, it was too much time from home – with a long commute to boot.

What We’ve Decided And Why We Home Homeschool Our Kids

So now, we homeschool!  I thought it would be difficult to find a good balance between blogging and homeschooling, but I love it.

Not only do I have the peace of mind and confidence of making the decision God wanted, I have found that He has blessed me in abundance!  He has helped me find a way to both blog and homeschool.

I also get more adult interaction with homeschool co-ops we’ve joined than I would have gotten had my daughter gone to school.  And homeschooling doesn’t have to be expensive when you use these tips.

Sometimes it’s hard to feel like a good mom on sick days when my Crohn’s doesn’t let us do very much. But we are still able to just be together as a family and still fit in learning.

Having an organized homeschool room helps as well!

Deciding to homeschool has been the best decision I’ve ever made for my children.  They’ve become best friends with one another, and they love to learn and play together.

Pin This Post on Why We Homeschool Our Kids! 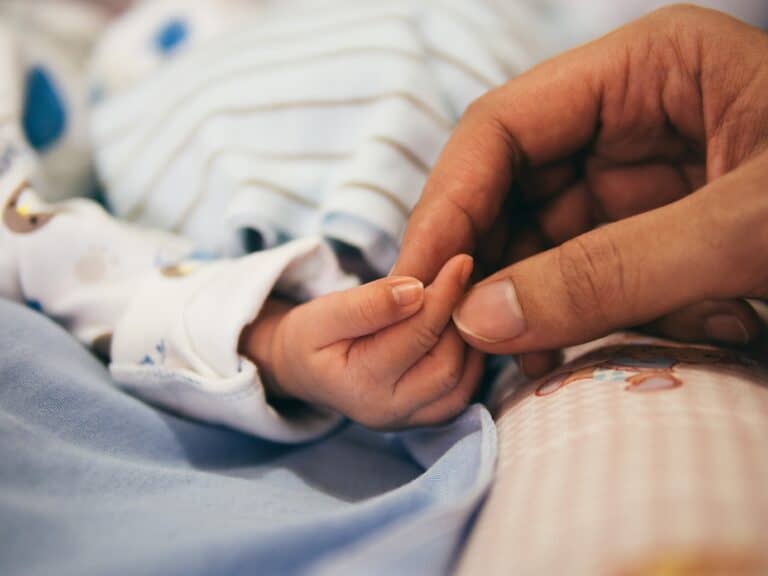 Have you ever wondered why God allows bad things to happen to good people? This true story of a mom and her baby explains the answer. Links on this website may be affiliate links.  We are an Amazon affiliate, which means we will receive a small compensation for each purchase you make through our links… 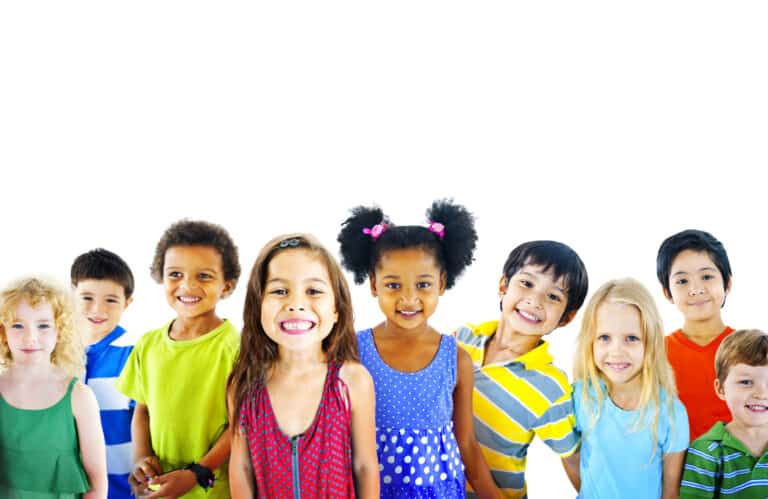 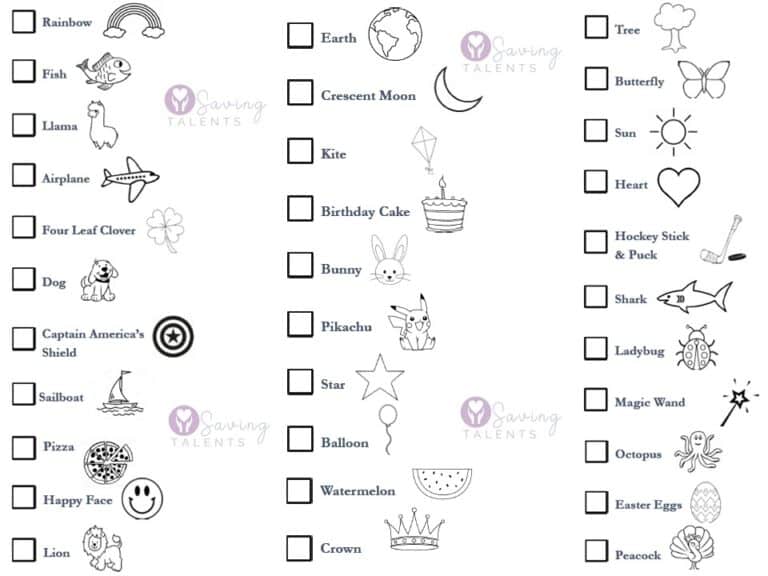 Looking for a boredom buster for the summer or another time when you’re stuck at home?  This fun neighborhood outdoor scavenger hunt with sidewalk chalk is the perfect way to get the entire neighborhood involved yet do it on your own time at each family’s convenience. Links on this website may be affiliate links.  We… 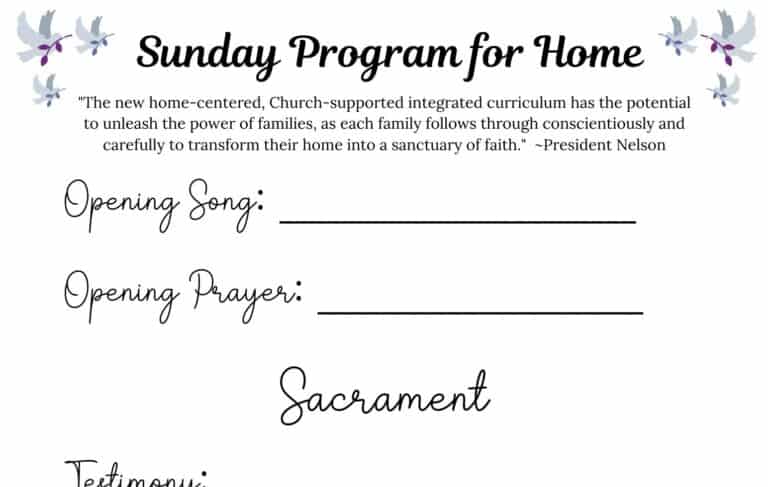 To help make Sundays go more smoothly, we’ve created this simple free printable to help you schedule out your own sacrament meeting at home to go along with Come Follow Me, published by the Church of Jesus Christ of Latter Day Saints. Links on this website may be affiliate links.  We are an Amazon affiliate,… 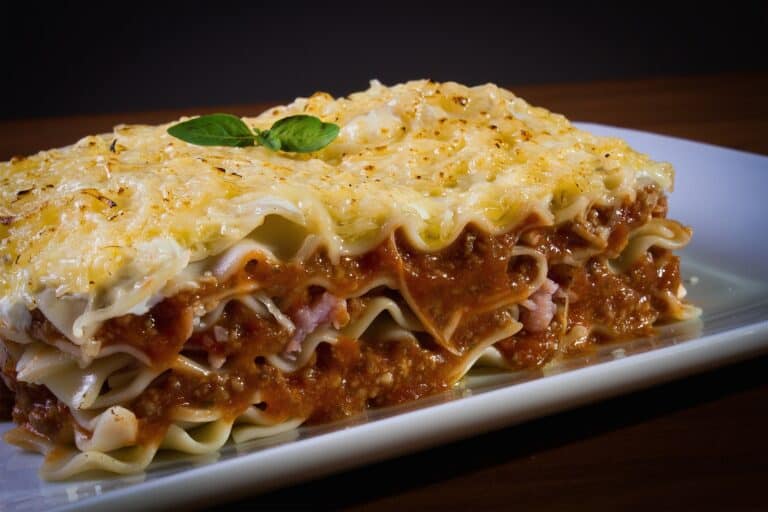 This delicious and easy homemade lasagna with a freezer option is perfect for dinner with family, friends, or on your own!  This lasagna recipe can also be frozen before baking, so it can be used as a make-ahead freezer meal for yourself or someone who needs a dinner, like a new mom. Links on this… 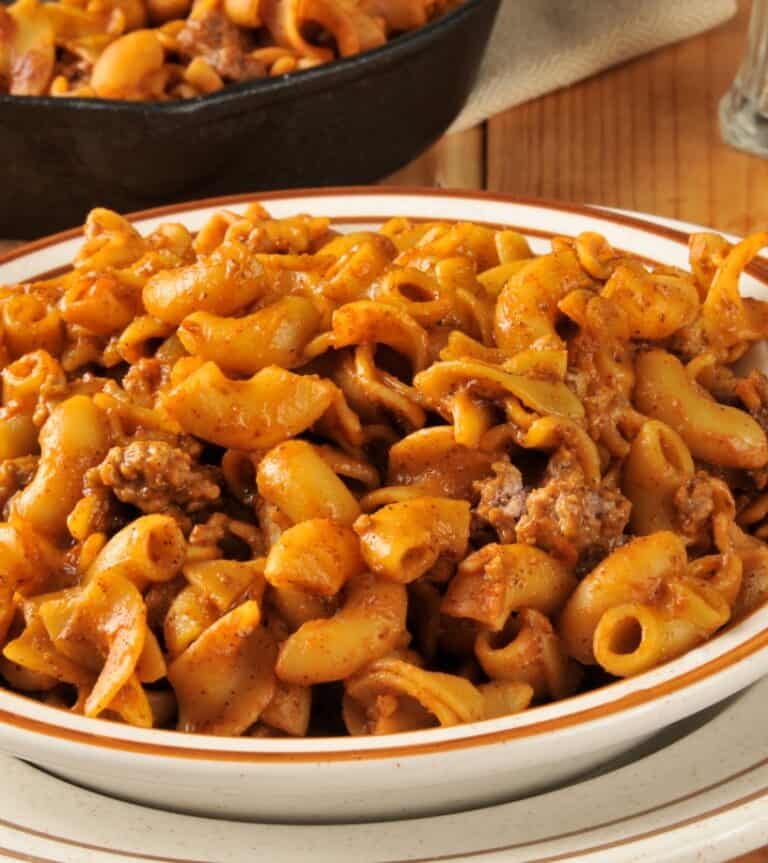 Looking for an easy dinner recipe that children will love?  Give this simple Silly Chili Macaroni a try!  It’s a favorite of kids and adults alike, and it’s easy to customize!  It’s also a perfect pantry, stockpile, or food storage meal. Links on this website may be affiliate links.  We are an Amazon affiliate, which… 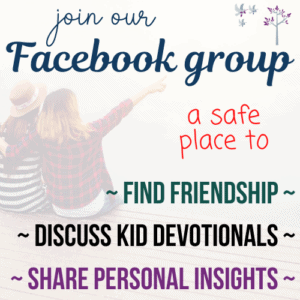